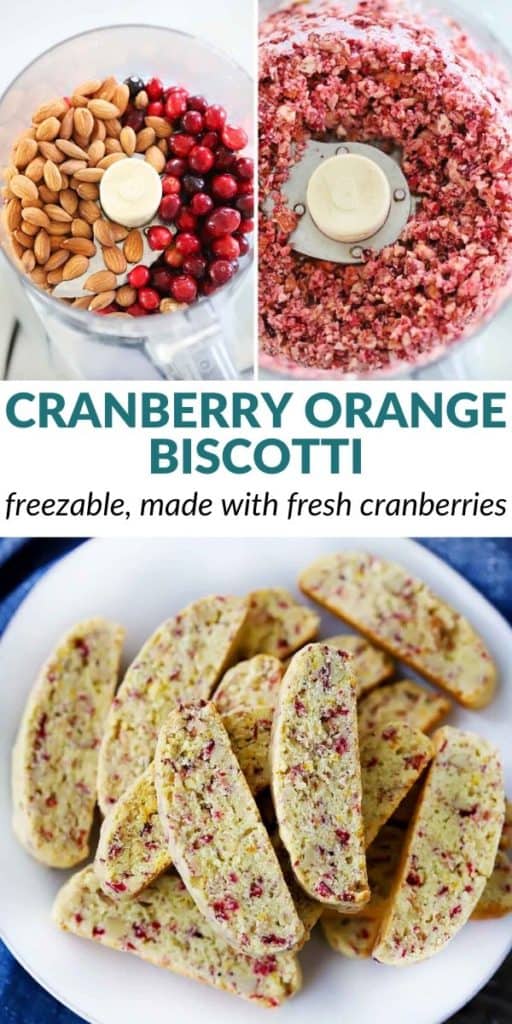 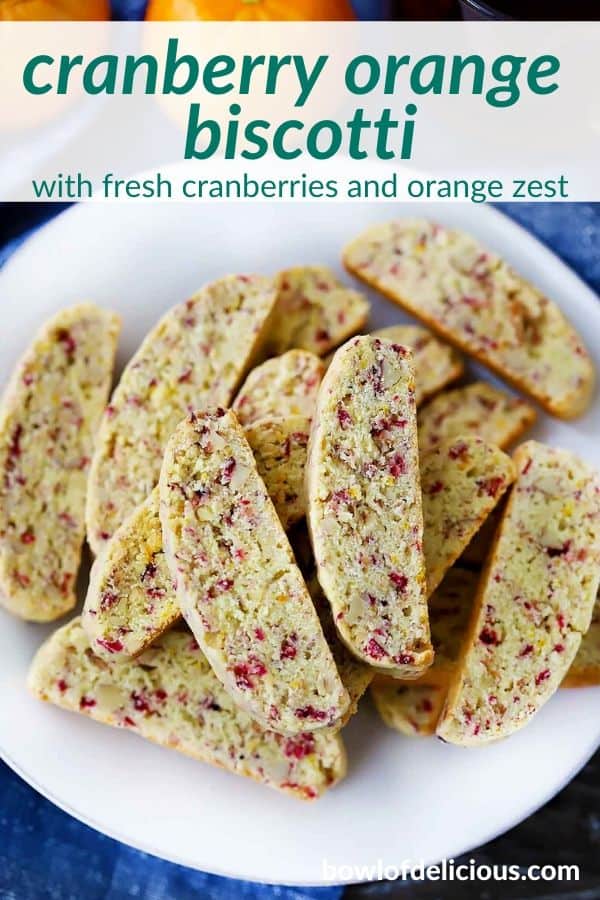 I have so much love for this recipe for Cranberry Orange Biscotti, made with FRESH cranberries instead of dried! They’re flecked with fresh orange zest, with a crumbly and hearty texture from chopped almonds. And they freeze beautifully, so you can take one (or five) out when you want to enjoy them with a cup of tea or coffee, or if you have guests over. 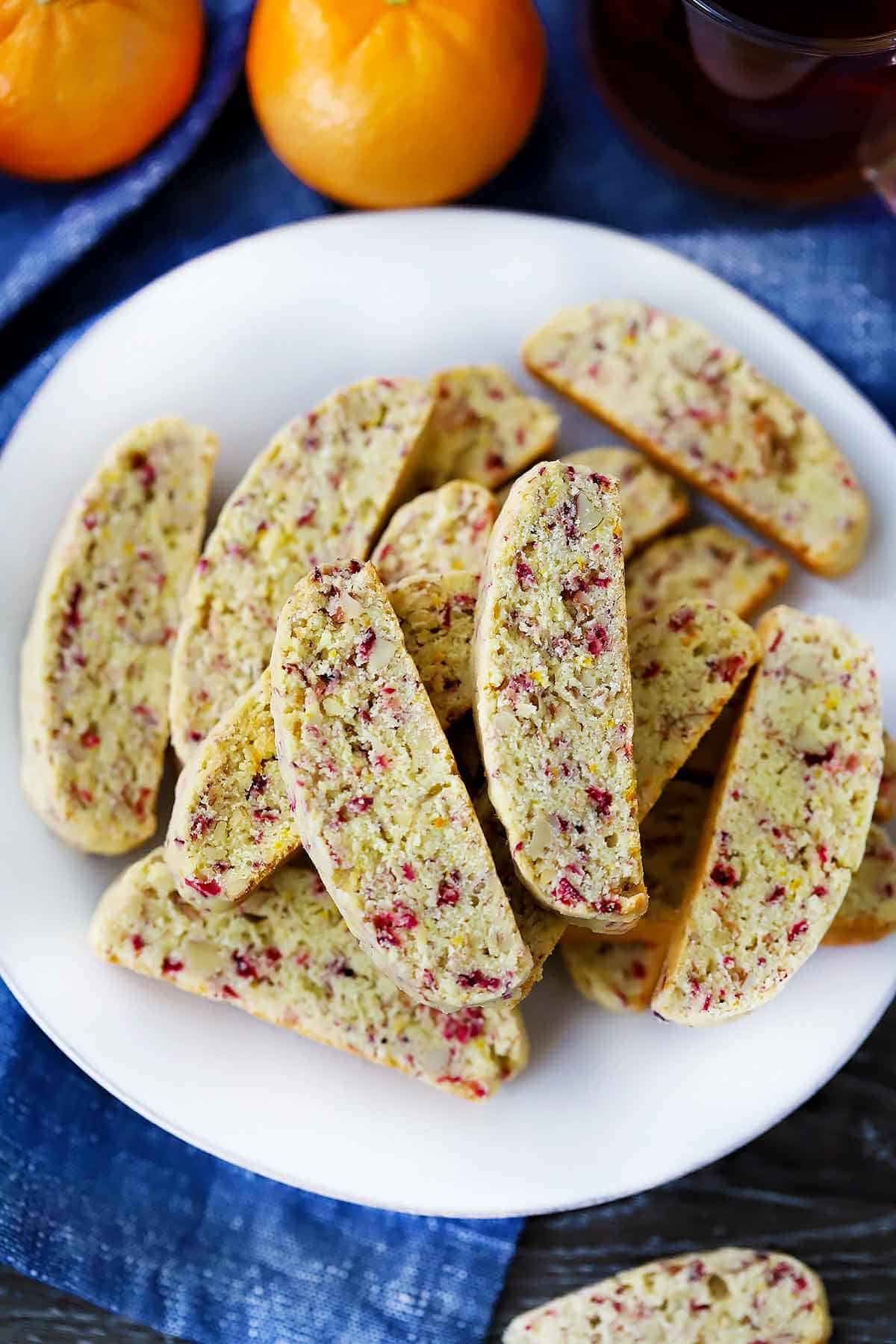 Homemade biscotti are easy to make, but do take a little bit of time to complete, since you have to bake them twice. And since they store really well for a few days after baking (or in the freezer for a few months), it’s so worth the time investment.

If you end up with any leftover fresh cranberries from making fresh cranberry sauce for Thanksgiving, this is a perfect way to use them up. They add a tart flavor and beautiful color to the cookies, along with fresh orange juice and zest and lots of almonds.

And these cookies aren’t that bad for you- there’s only a half cup of sugar in the whole batch, and the addition of almonds adds protein and healthy fats to the mix! 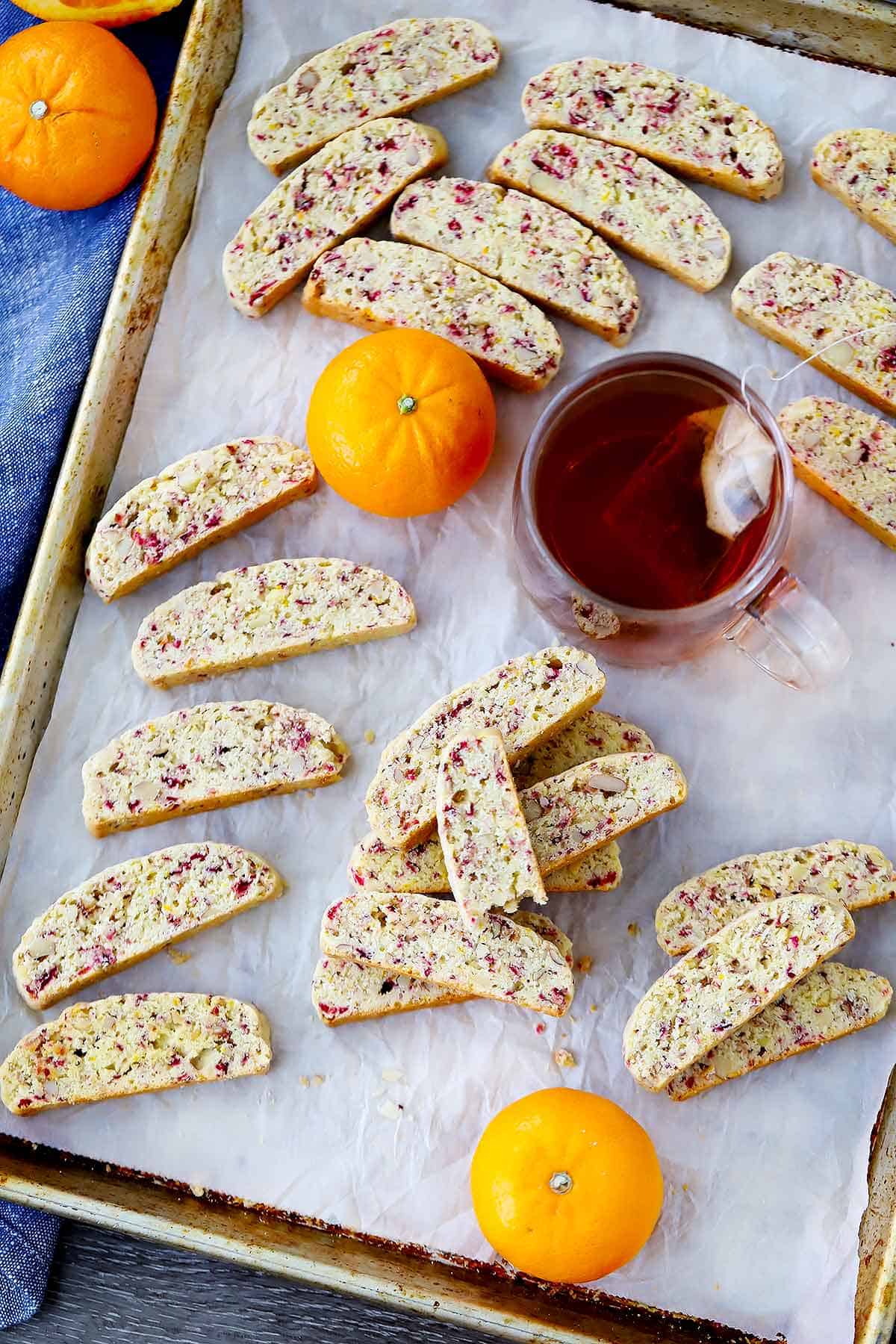 How to make cranberry orange biscotti

Just mix up the dough, form two “loaves” out of it, bake, slice, and bake again! Making biscotti is easy, but different than your average cookies.

Can I use whole wheat flour?

Yes! I’ve done this before and it’s delicious and a bit healthier. Just be sure to use a little less of it- only 2 1/2 cups instead of 2 3/4 cups. You may also want to try a mixture of whole wheat and all-purpose flour. They’re really hard to mess up! 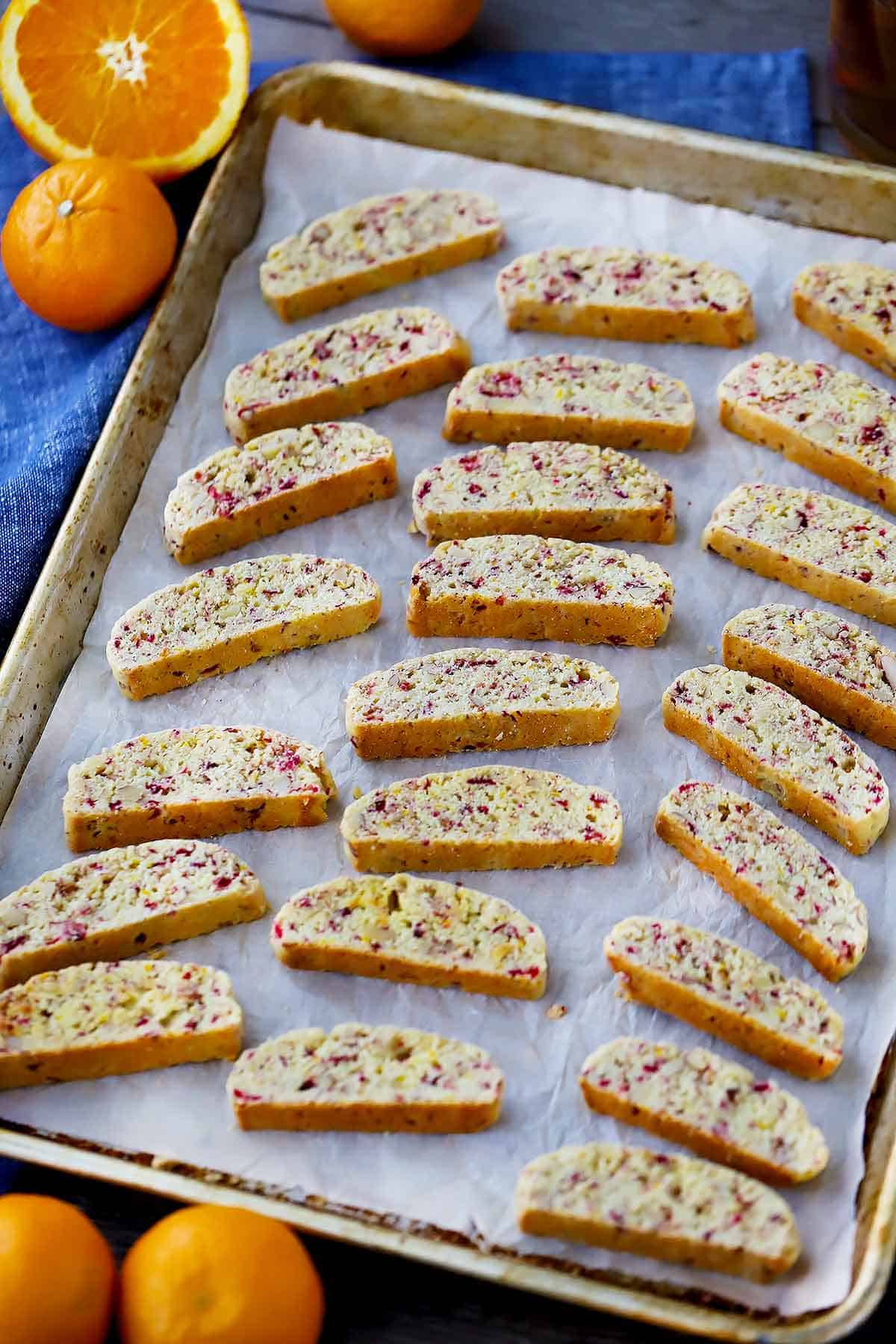 You may also want to try these Whole Wheat Cranberry Ginger Pecan Muffins (also made with fresh cranberries). Be sure to check out all these holiday baking recipes, too, including this delicious Dutch Butter Cake.

Did you make this Cranberry Orange Biscotti recipe? Please click the stars below to comment and Rate this Recipe! 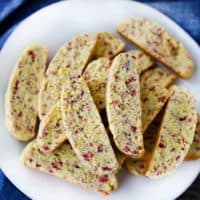 This post originally appeared on Bowl of Delicious in November 2014. It has been updated with new photos, more relevant information, clearer instructions, and an improved recipe.

« Spiced Orange Cranberry Sauce
Juicy Slow Cooker Boneless Turkey Breast »
Did you make this recipe? I'd love to hear how it went! Comment and rate it below :-)