I have two words for you: SUPER. NACHOS. These aren’t just any nachos. Tortilla Chips are topped with refried beans, cheese, and jalapeños individually before being baked, meaning all nachos are treated equally and every crispy beautiful chip gets to fulfill its nacho destiny. 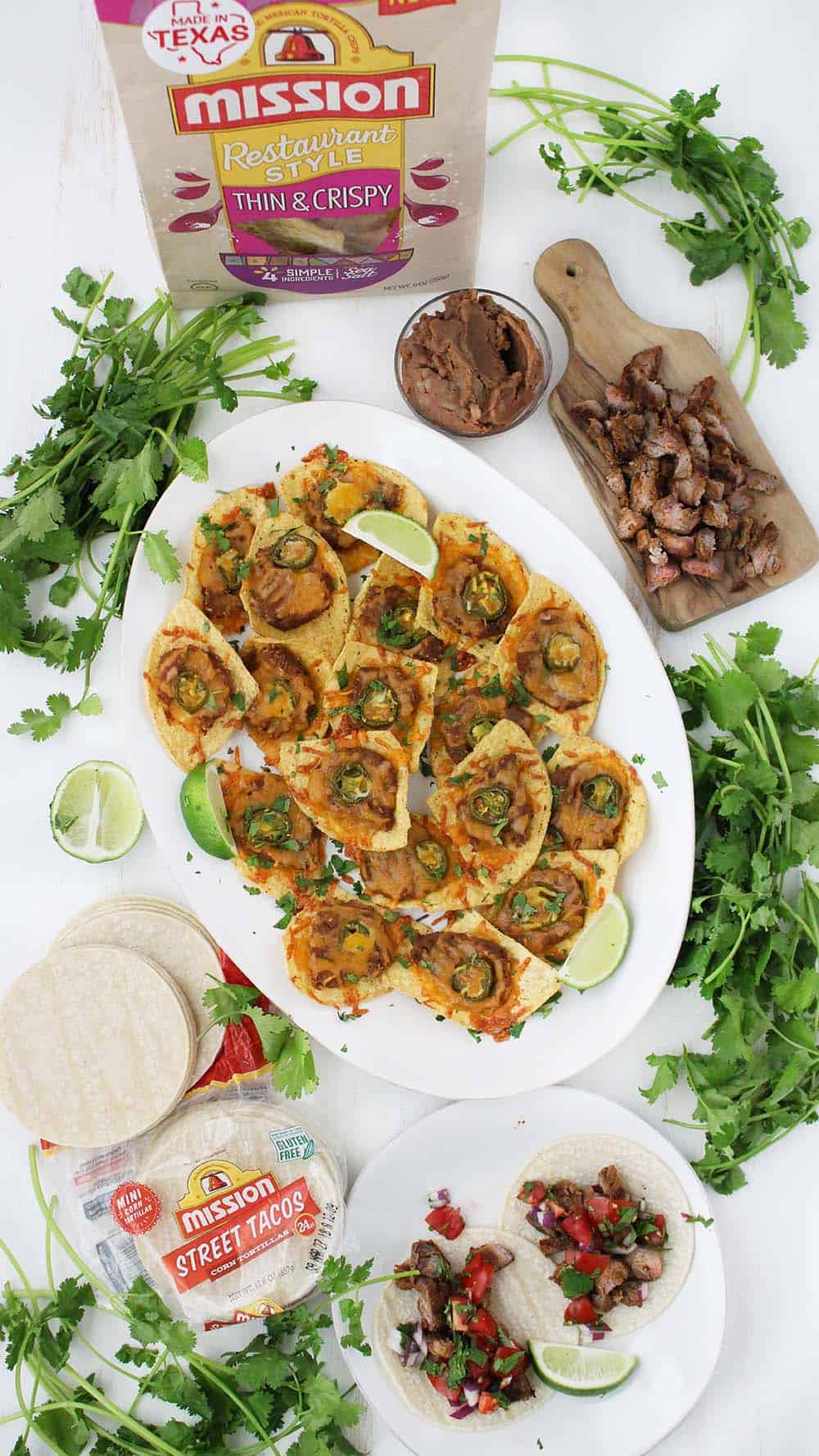 I can’t believe I’m saying this, but Cinco de Mayo is right around the corner. HOW IS IT ALMOST MAY ALREADY?

These super nachos are such an easy thing to whip up for a Cinco de Mayo celebration. We also call these “dad nachos.” Zach usually makes these for us, and his father is the original super nacho king. 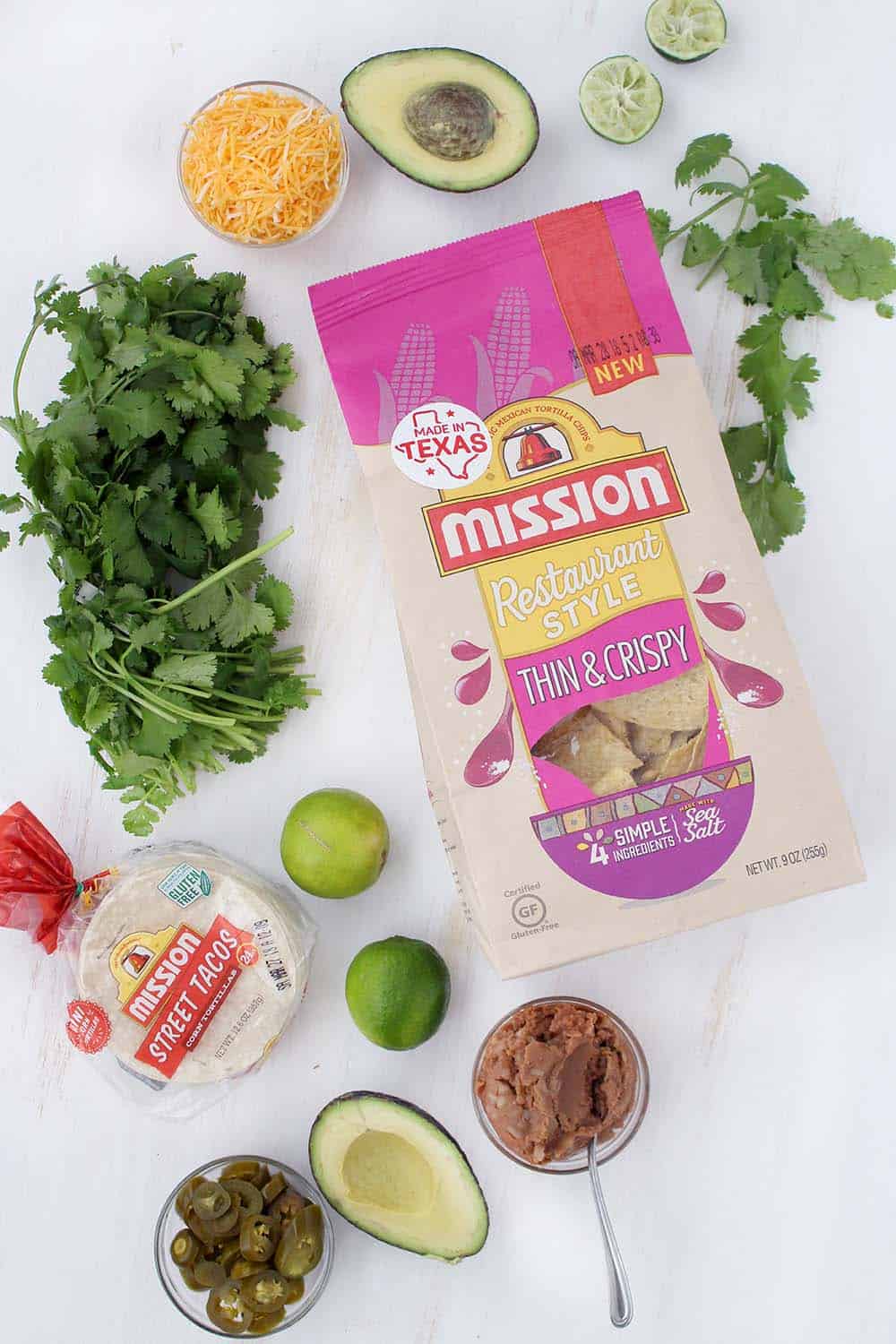 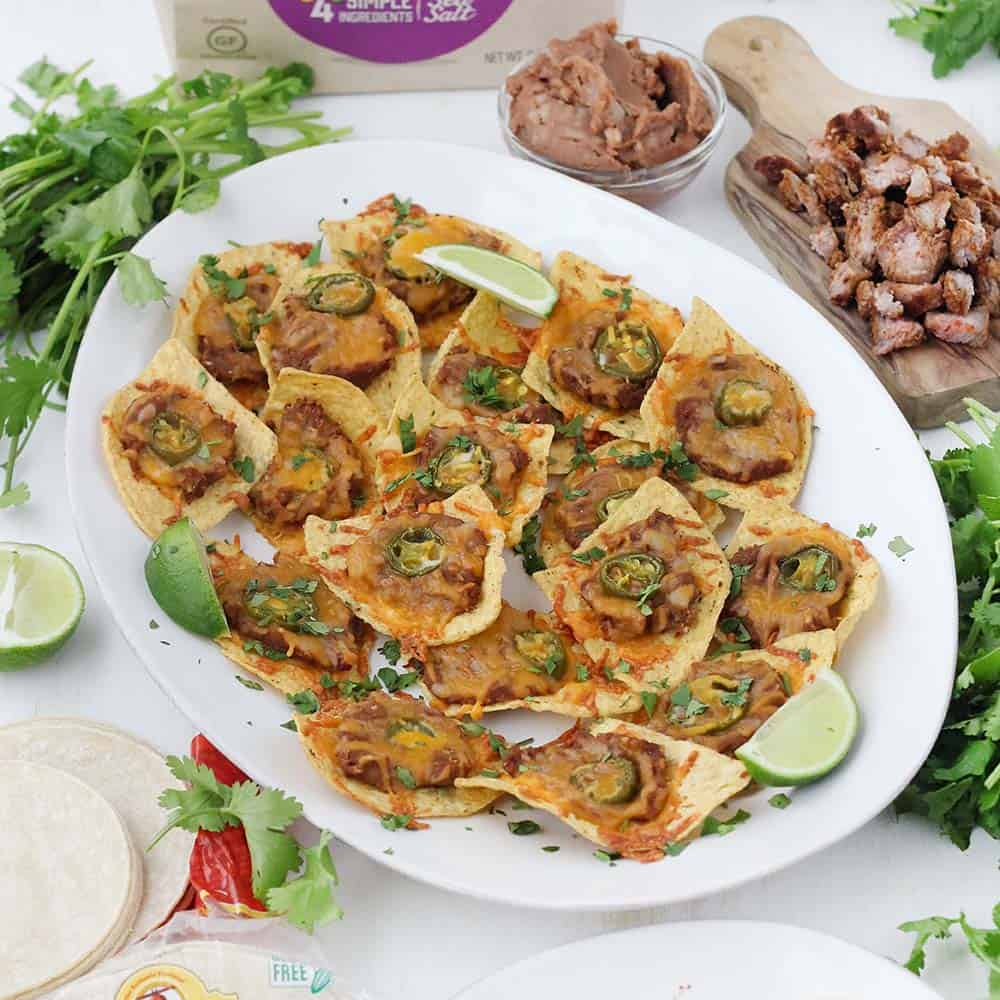 I love how EASY these nachos are to throw together. With only four ingredients and 5 minutes of prep, I don’t know how I don’t eat these every single week.

All you need are: tortilla chips, refried beans (I used canned for this, but feel free to use homemade refried beans if you prefer), shredded cheese, and some pickled jalapeños.

To make them, just top each chip with some beans, followed by some cheese, followed by a single jalapeño slice, then bake. 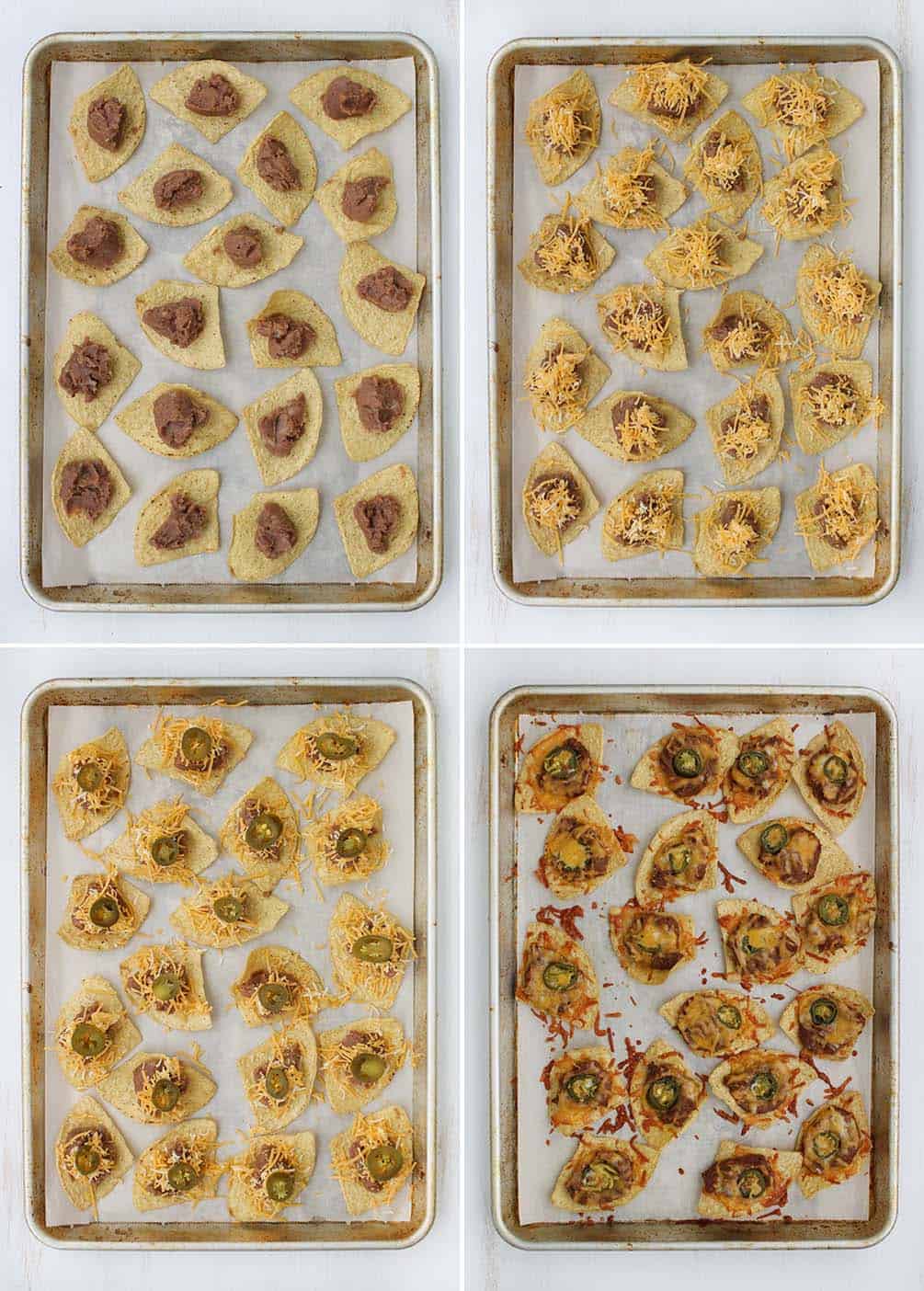 Told you it was easy.

I like mine topped with a squeeze of fresh lime juice and some fresh chopped cilantro, but you can eat them as is.

And if you’re in a hurry- you don’t even have to bake these in the oven. I’ve been known to microwave them for a couple of minutes until the cheese is melted and the beans are heated through. Don’t worry- I won’t tell! 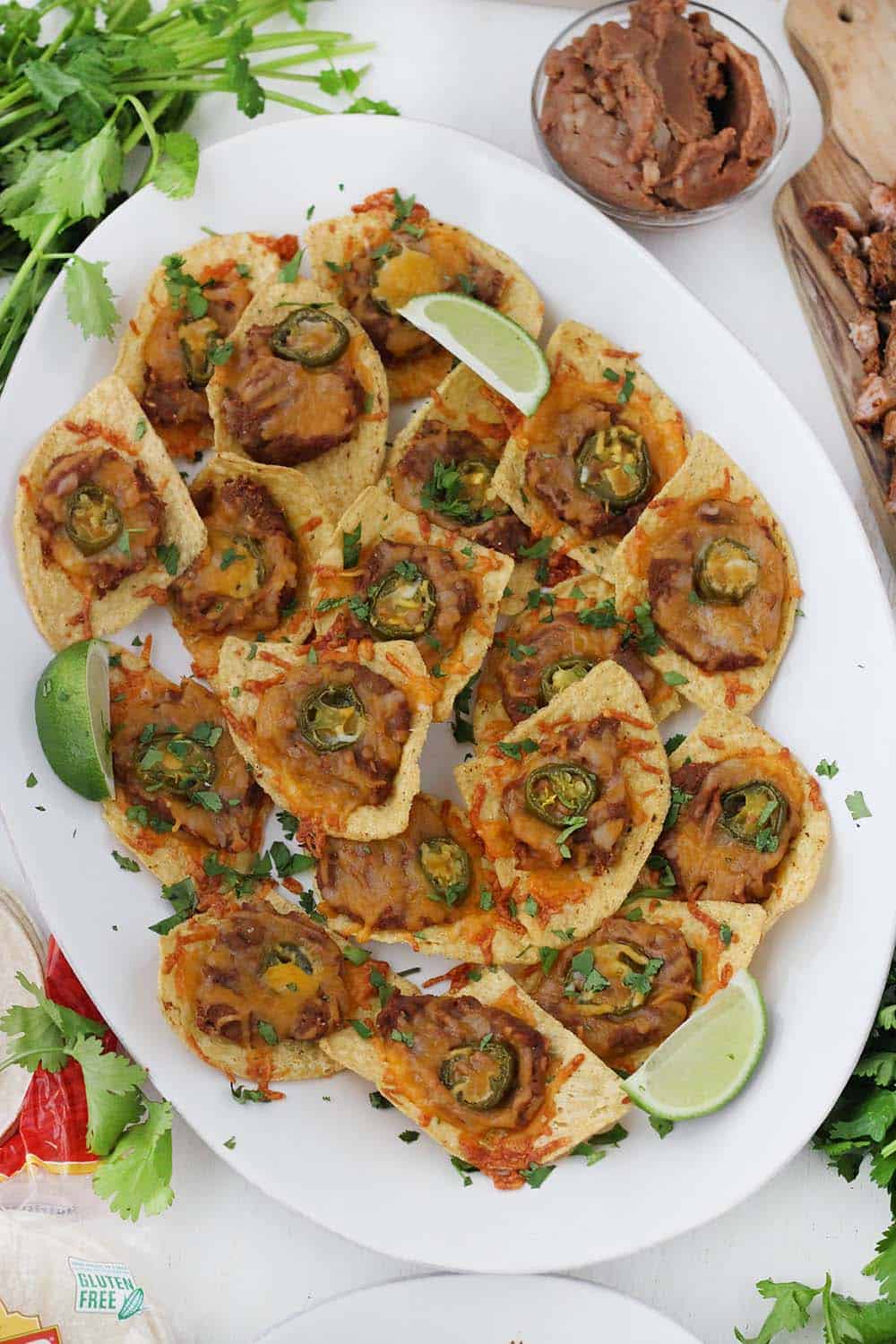 Whatever you’re doing for Cinco de Mayo this year, I hope you have lots of fun, and I hope that your plans include making these super nachos :-)

Really, you barely need a written recipe for this because it’s so easy. But here’s a printable recipe anyway for Super Nachos with Refried Beans, Cheese, and Jalapeños. Enjoy! 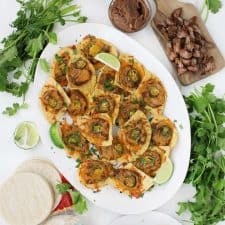