Goodness gracious. These Chicken Parmesan Sliders are delicious. DELICIOUS. I don’t know if I can put into words how I truly feel about this meal. But I have to try, since I um, write about food. Because, you know, food blog. 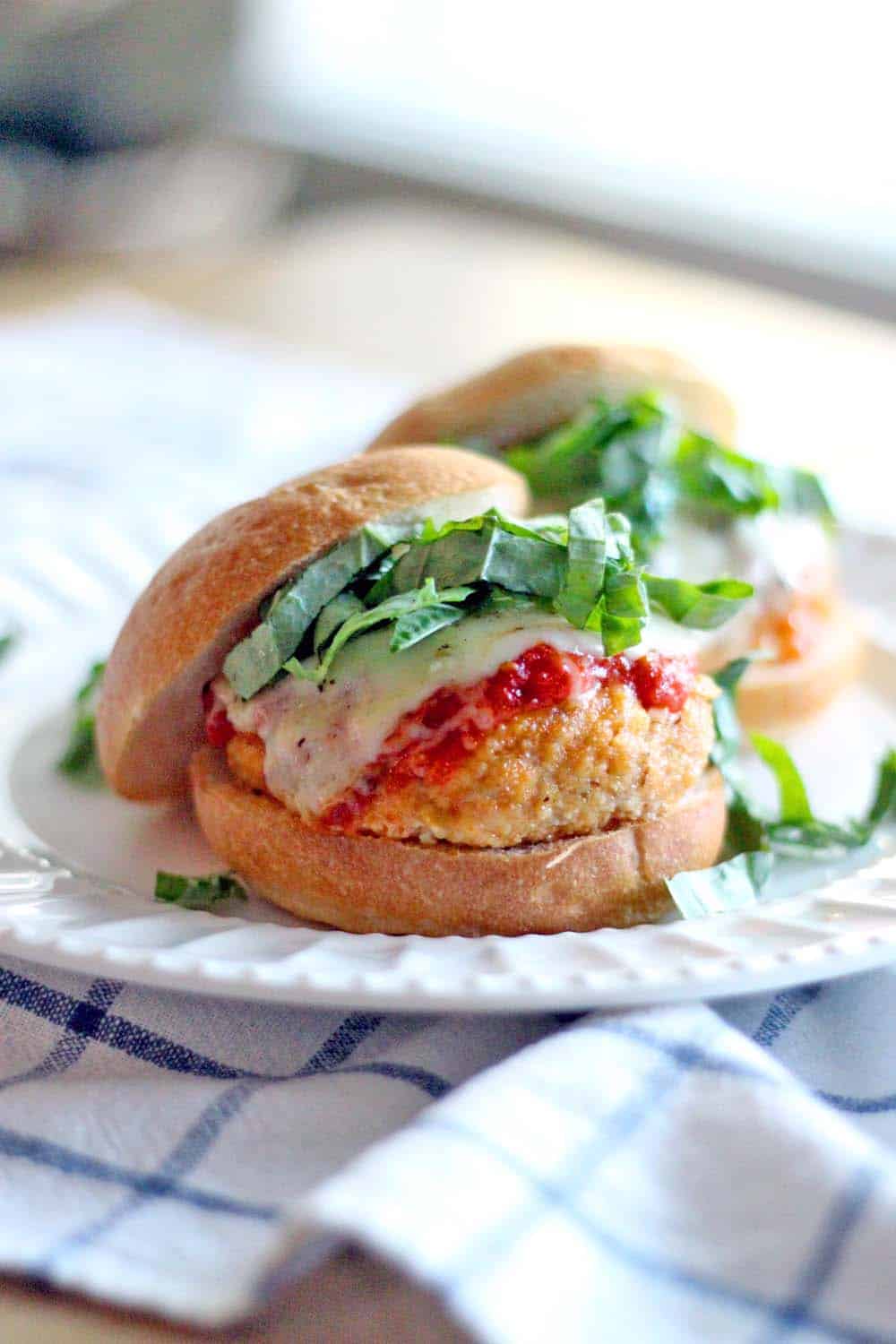 They are juicy. They are bursting with delicious Italian flavors. They are healthy (inspired by my favorite cooking magazine: Cooking Light

. They really have the BEST recipes!). And they are easy to make in bulk and freeze for later, or feed a crowd easily!

I hope you already know how delicious chicken parmesan is. Traditionally, it’s a fried cutlet of chicken smothered in marinara sauce and mozzarella/parmesan cheese, topped with fresh basil and served with a side of pasta. It’s hard for me to order anything else at an Italian restaurant, since it’s almost always guaranteed to be yummy!

These sliders take the same idea of chicken Parmesan but make small burgers out of it. Here’s the basic gist: you make small burger patties out of ground chicken, coat them in bread crumbs, bake them, and broil them with marinara and fresh mozzarella. Top with fresh basil and put on a slider bun, and you have the best of two amazing worlds: burgers, and chicken parmesan. It’s heavenly. 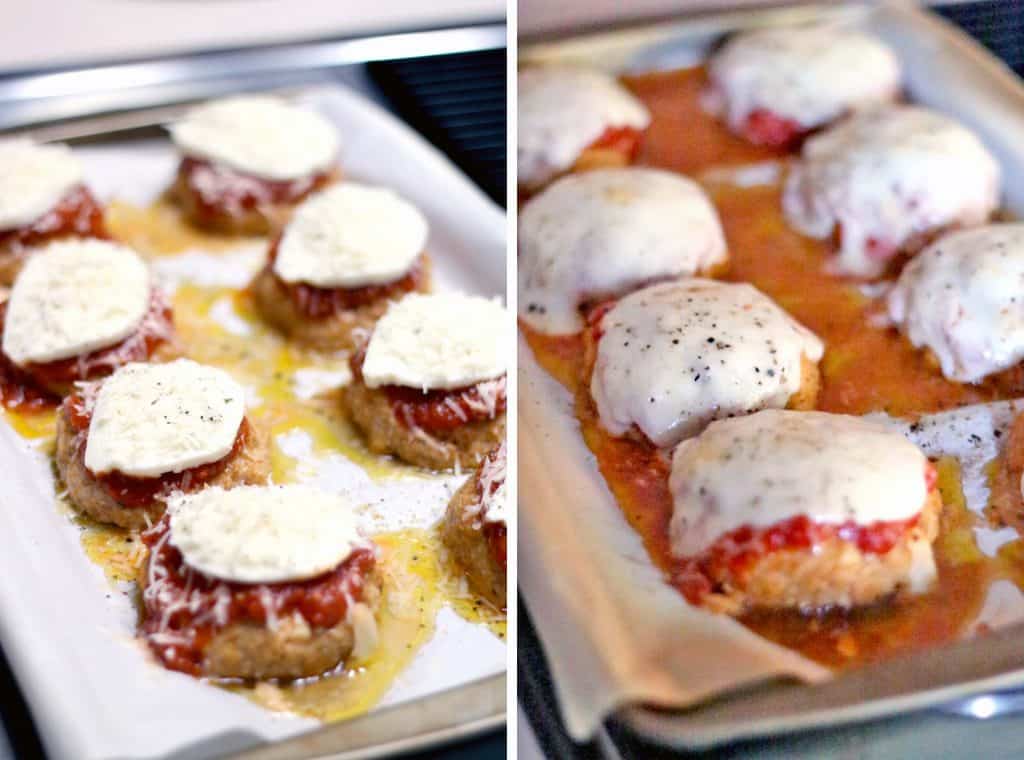 And here’s the thing: these are healthier than both traditional chicken parmesan and traditional burgers.

First, chicken is a much leaner meat than beef. Second, they are baked, rather than fried. Third, there is very little additional fat added to them- instead, the patties are infused with tons of delicious flavors from onions, garlic, parmesan cheese, and crushed red pepper, and maintain their juiciness by adding a small amount of marinara sauce directly to the mixture! Genius! (That was Cooking Light’s idea- not mine) :-)

) to make it a bit faster, use fewer pots and pans, and make a bulk recipe so I could freeze half of it for later. 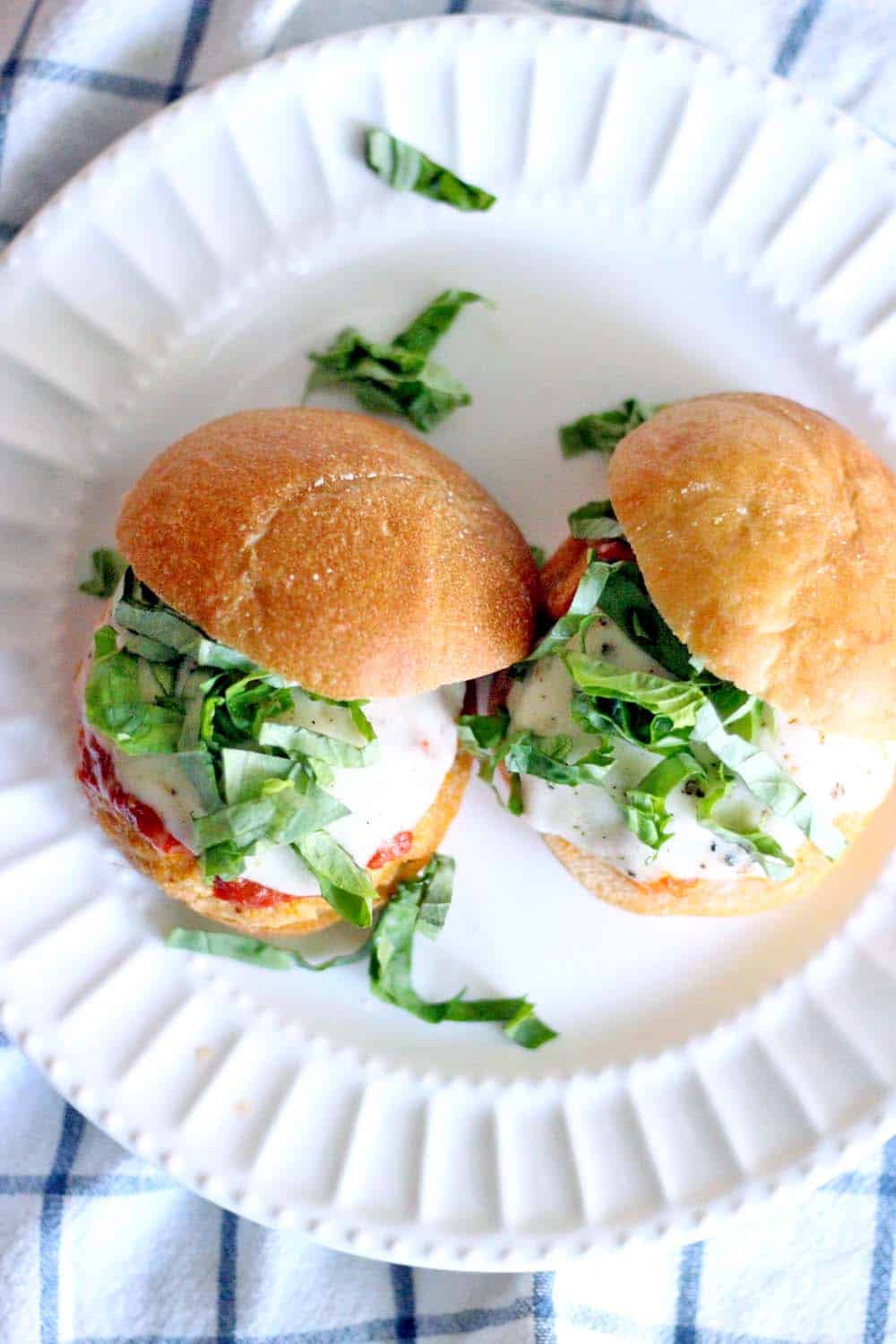 Oh gosh, that reminds me! I have these in my freezer!! I can literally have them whenever I want to! It’s like when you leave money in a winter coat and don’t realize it’s there until the next winter. Surprise money; surprise chicken parmesan sliders. I should really try and resist the temptation to eat these within the next month so that I have a nice surprise later on. 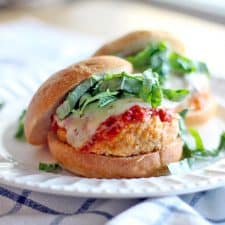