Home » Cooking Techniques » How to use, season, and care for a cast iron skillet (a.k.a., the best piece of cookware on the planet!)

Here is a rare, non-recipe post! I wanted to take some time to explain one of my greatest kitchen loves, and hopefully convince you to jump on the bandwagon with me :-) 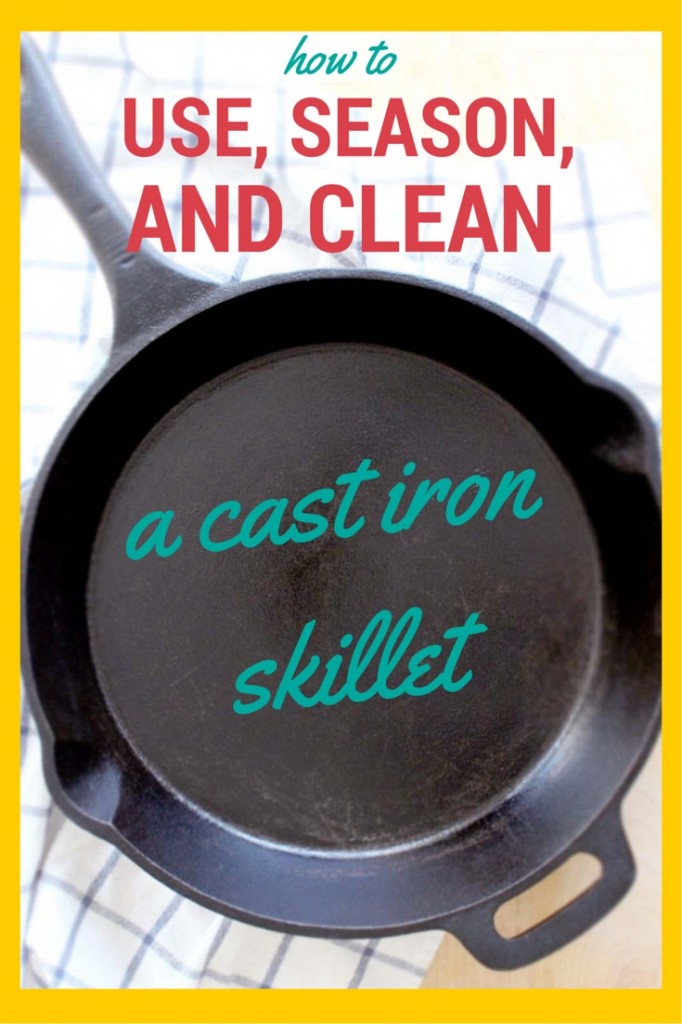 I love, love, LOVE my cast iron cookware. I have four skillets: a 12-inch, a 10-inch, and two tiny 5-inch skillets. I knew Zach was “the one” when he got me my first for Christmas after we had just begun dating. And I have to say: he, too, has benefited greatly from this timeless gift. :-)

If you are thinking about getting one, or hear good things about it but are scared to make the jump to cast iron, I hope this post will convince you that cast iron cookware is AWESOME and that it’s easier than you think to take care of it.

So, why are they so great?

I want every home cook out there to share in the same joy that I get when I use mine (cooking nerd alert). Do you have one? If not, here are the reasons why I love mine. 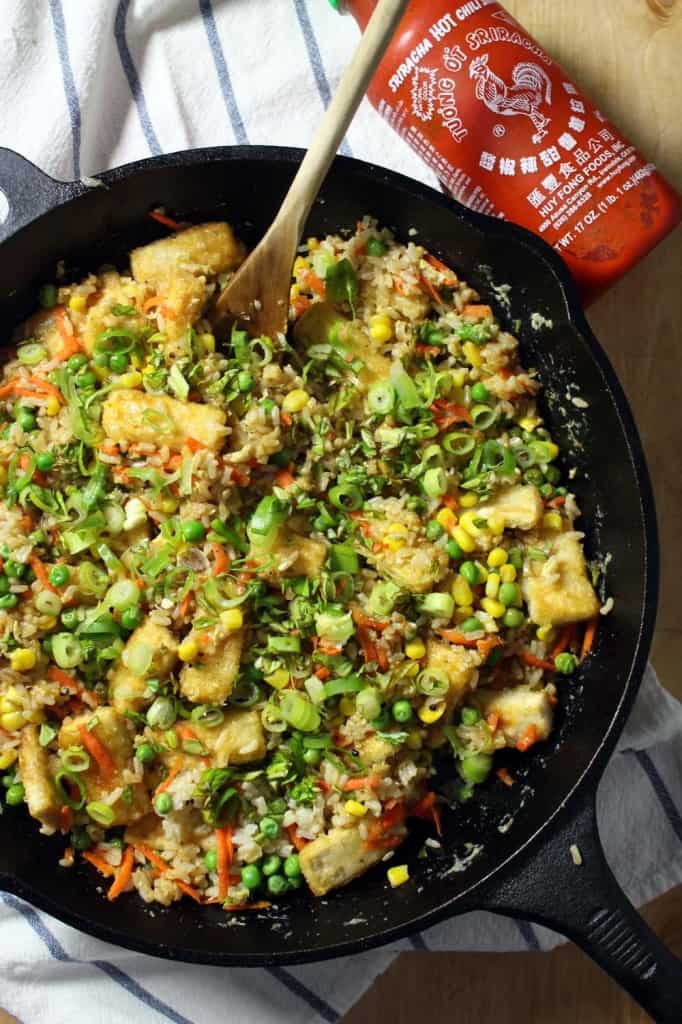 Seasoning cast iron: What is it, and how do you do it?

Seasoning refers to the oil build-up on a cast iron skillet that makes it naturally non-stick. A well-seasoned skillet will have been used multiple times and will have had multiple occasions for oil to build up. Some cast iron skillets will come “pre-seasoned” and some will not. Regardless of which kind you buy, I would recommend taking these initial steps at home to make sure you are building a great base seasoning layer right from the beginning.

A well-seasoned skillet’s patina will be shiny, smooth, and non-stick. If your food is sticking or the skillet looks dull, rusty, or bumpy, it may be time to do this process over. However, I haven’t had to re-season mine since I got it about three years ago, since I follow good cleaning procedures and use it so frequently. 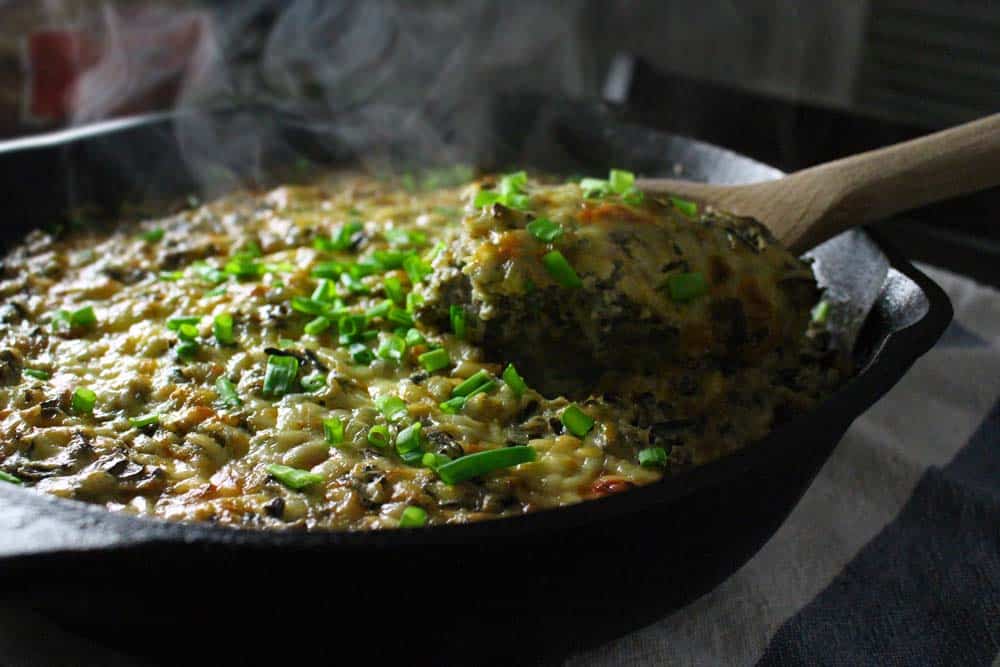 Cleaning/caring for cast iron: it’s easier than you think.

To an unseasoned cast iron cookware user (GET IT?!), the care of cast iron can seem a little daunting. Fear not, my friends. Once you get used to the new routine (I’ll admit, it does take some getting used to since caring for it is different than other cookware), you won’t think twice about it. Here is how to make sure you are taking care of your skillet properly.

What kinds/sizes should you buy?

You can do all kinds of things with your traditional ten or twelve inch cast iron skillet, and would recommend one of these to start (the other things on this last are useful, but not absolutely necessary). Since I have a *teeny* obsession with cast iron, I have more than just the one :-) Here are the cast iron items that I own, plus some accessories. Clicking on the pictures and links will take you to amazon.com, where you can buy them!

Buying anything on Amazon through the links on this page will cost the same to you, but will provide Bowl of Delicious! with a small commission, supporting the blog and helping me spread the word about real food for busy people :-)

Tips for using and cooking with cast iron: 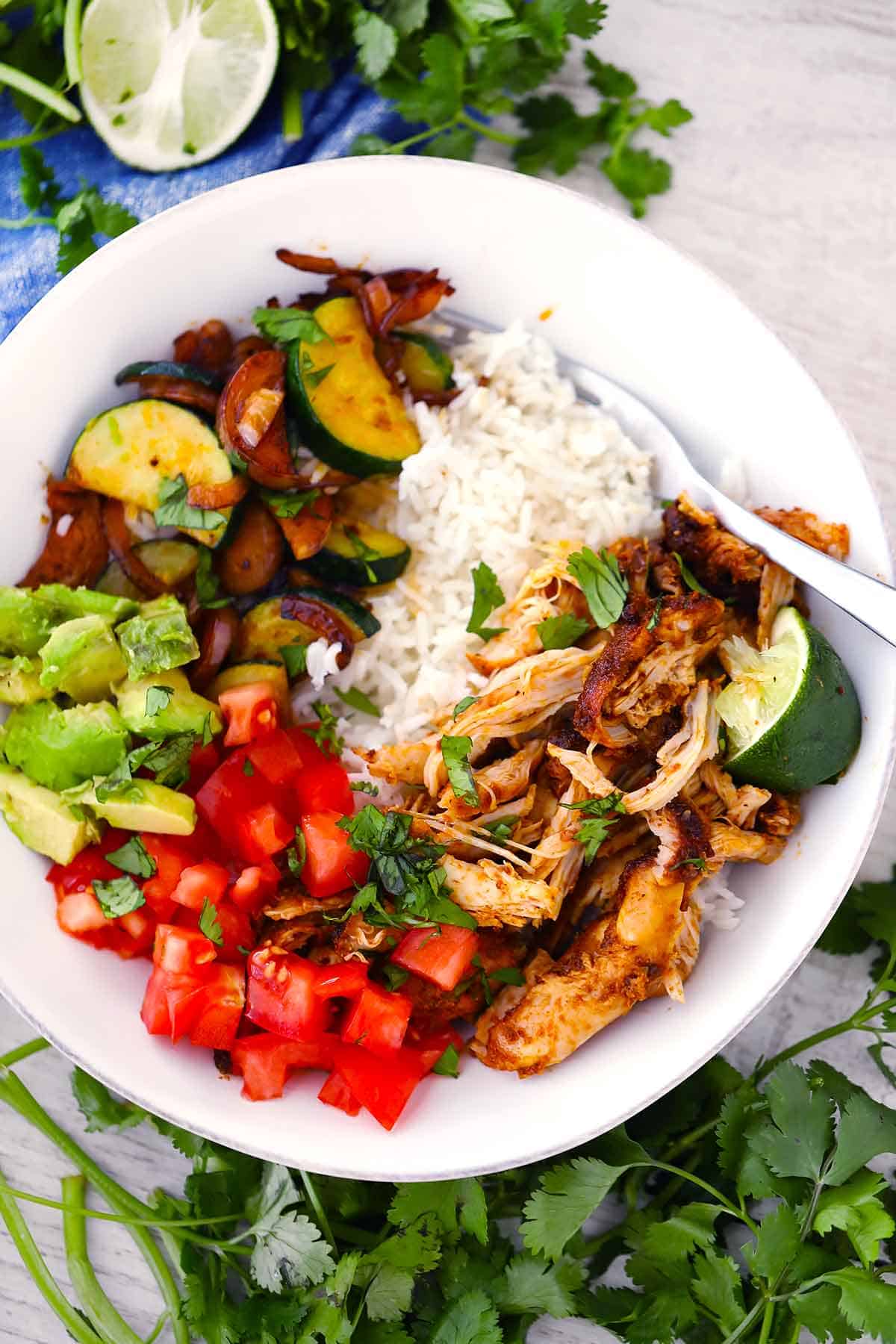 Now, go! Be brave! Use your skillet!

I hope I have at least started to convince you to get yourself a cast iron skillet and begin using it, but the only way to be 100% sold is to try it yourself! You may want to bookmark this page so you can refer back to it if you run into any issues. In addition, please feel free to leave comments below with other tips and tricks that I did not mention, or questions if you have them!