Thank you to the Idaho Potato Commission for sponsoring this recipe!

These “Bird’s Nest” Potato and Egg Cups are adorable! They’re a great recipe for feeding a crowd (PERFECT for Easter morning) or for a make-ahead breakfast to enjoy all week. This recipe is inexpensive to make, vegetarian, and Paleo/whole30 compliant. Best of all, they use only 5 ingredients, and take only 15 minutes to prep! 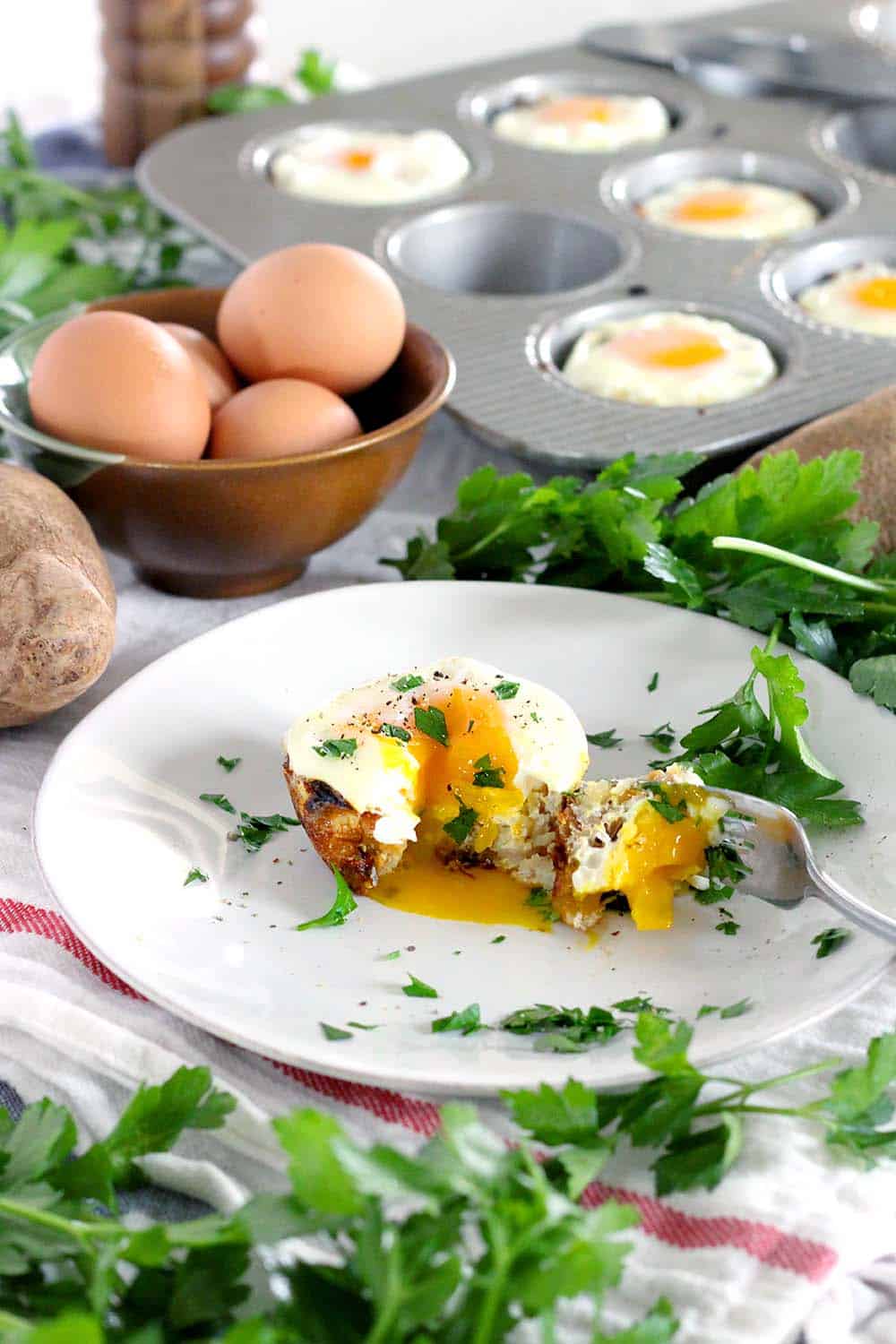 I LITERALLY just went into the kitchen to get one of these leftovers because looking at that beautiful runny egg yolk was too much to bear. Nom nom nom…

This was one of those recipes that took a lot of trial and error. At first, I was going to make “hash brown”” style nests. I grated fresh potato and nestled it into the cups, tried roasting it, and… disaster. The potato was far too wet and the cups burned on the top (after an hour) and were completely soggy on the bottom. Then, I tried getting as much moisture out of the potatoes before baking, but still, too wet. THEN, I tried frozen hash browns, and they worked, but came out just a bit too dry (in addition to there being added chemicals in the ingredients for them, which I didn’t realize until after making them). Almost there, but not quite. 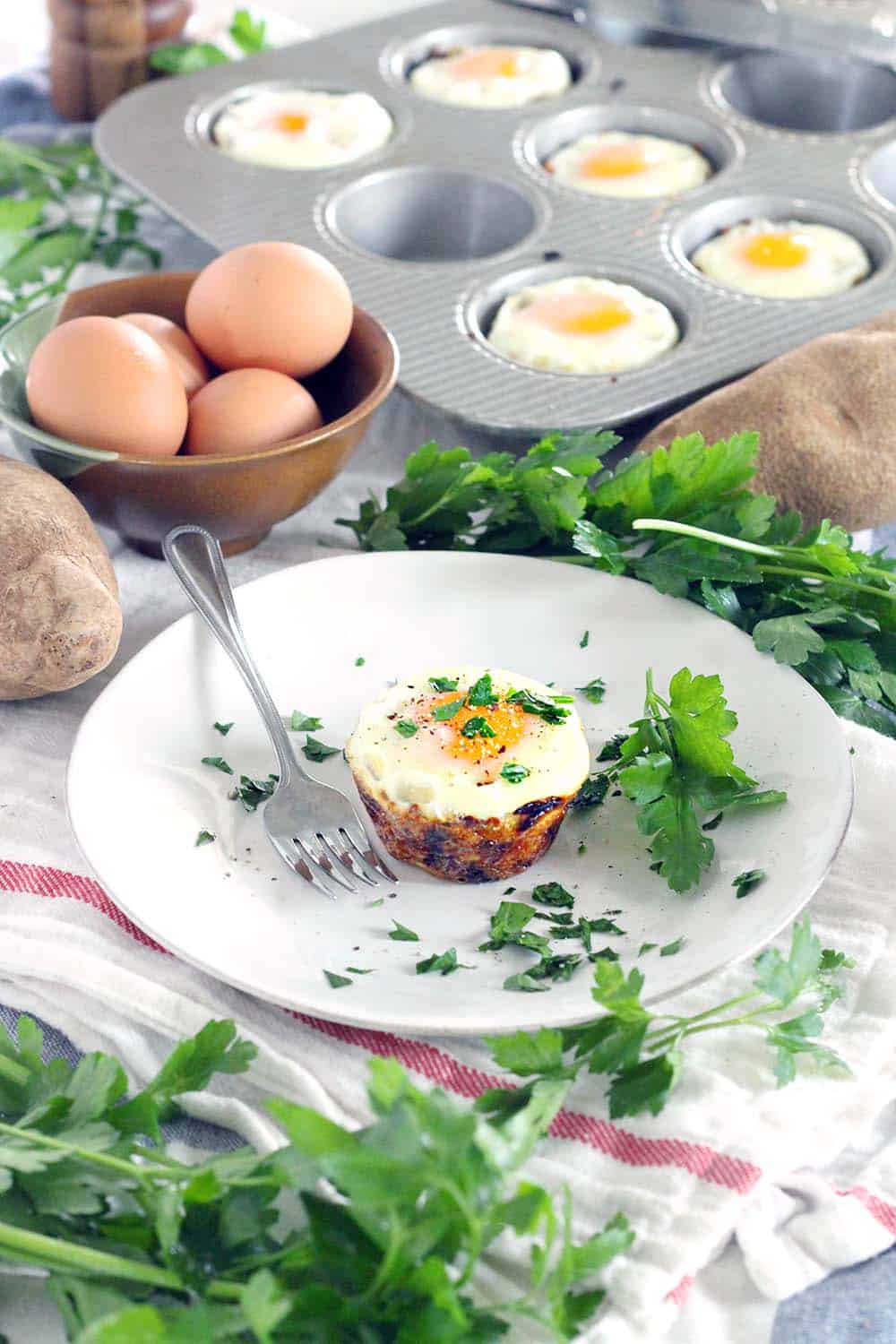 I had to give up on my dream of hash brown style cups. But then I tried using mashed baked potatoes and – voilà! Perfection.

By baking the potatoes first, you allow steam to escape from them which helps dry them out. The mashed texture perfectly forms to the shape of the muffin pan, and the flavor of the onions seeps into every bite. It’s magical.

But it does take a little while.

This is one of those recipes that takes a good while to make, but it’s mostly easy, hands off time. Baking the potatoes takes about 45 minutes to an hour, and you have to let them cool before you move on to making the cups. That said, it’s easy to bake the potatoes one day in advance, or multi-task cooking other things or doing chores around the house while they are baking and cooling. 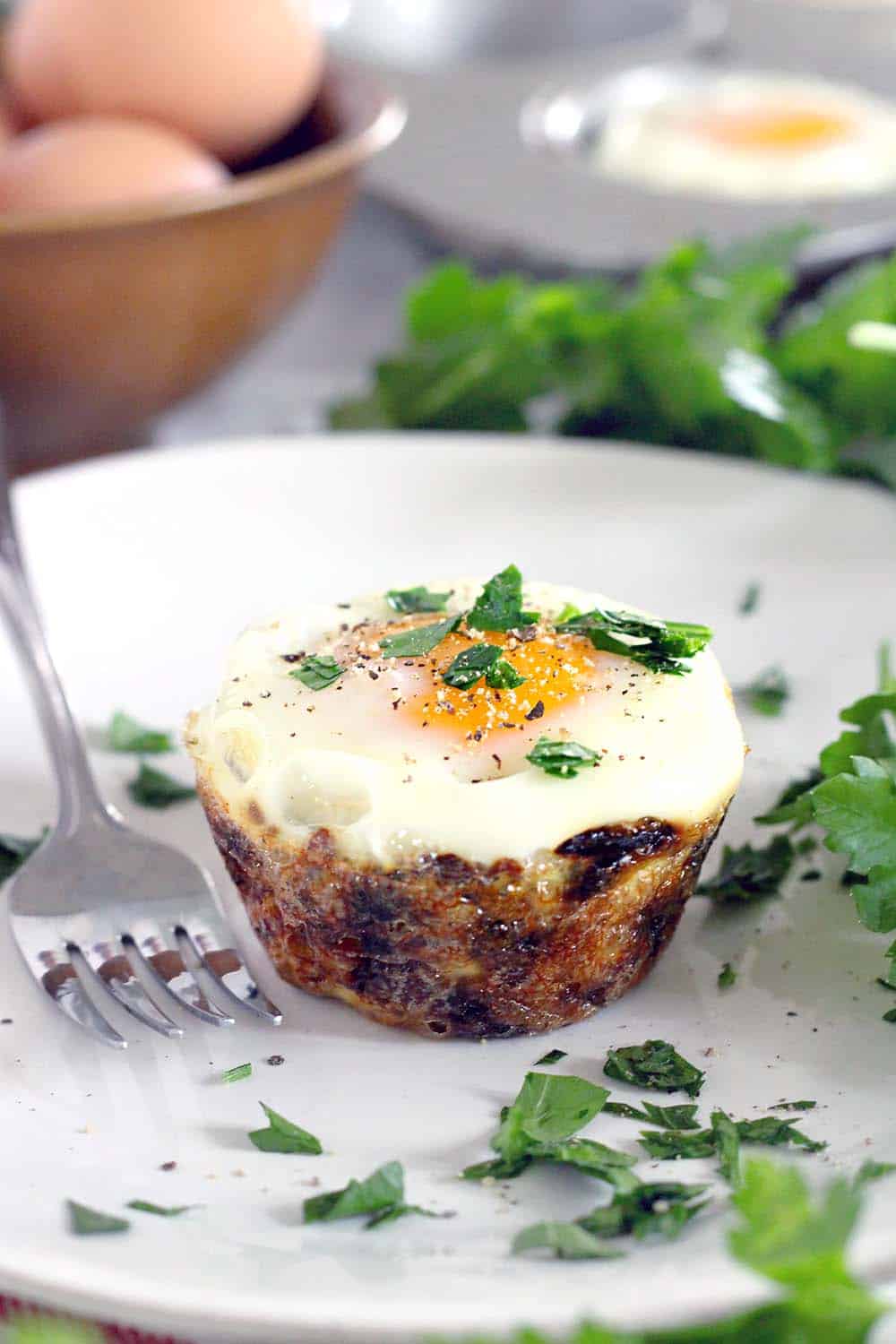 When baking the potatoes, pierce them with a fork a few times and put them directly on the oven rack. This allows the heat to surround the potato and the steam to escape from all sides.

Here’s a post on how to make perfect baked potatoes with crispy skin. I didn’t bother seasoning the outside since I just discarded the peels this time around, but you can repurpose them if you want by making a yummy potato skin recipe!

You can view the recipe for Bird’s Nest Potato and Egg Cups below or on the Idaho Potato website. Enjoy! 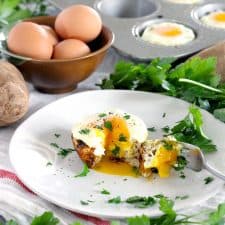 As an Amazon Associate I earn from qualifying purchases. DISCLAIMERS
254 shares
254 shares