These Baked Chipotle Chicken Burritos are smoky and bursting with flavor. They are easy to assemble and covered with chipotle sauce and melty cheese before they are broiled for just a few minutes in the oven, served on a plate just like at your favorite Mexican restaurant. Plus, you can make these ahead of time and freeze or refrigerate until you are ready to cook them! 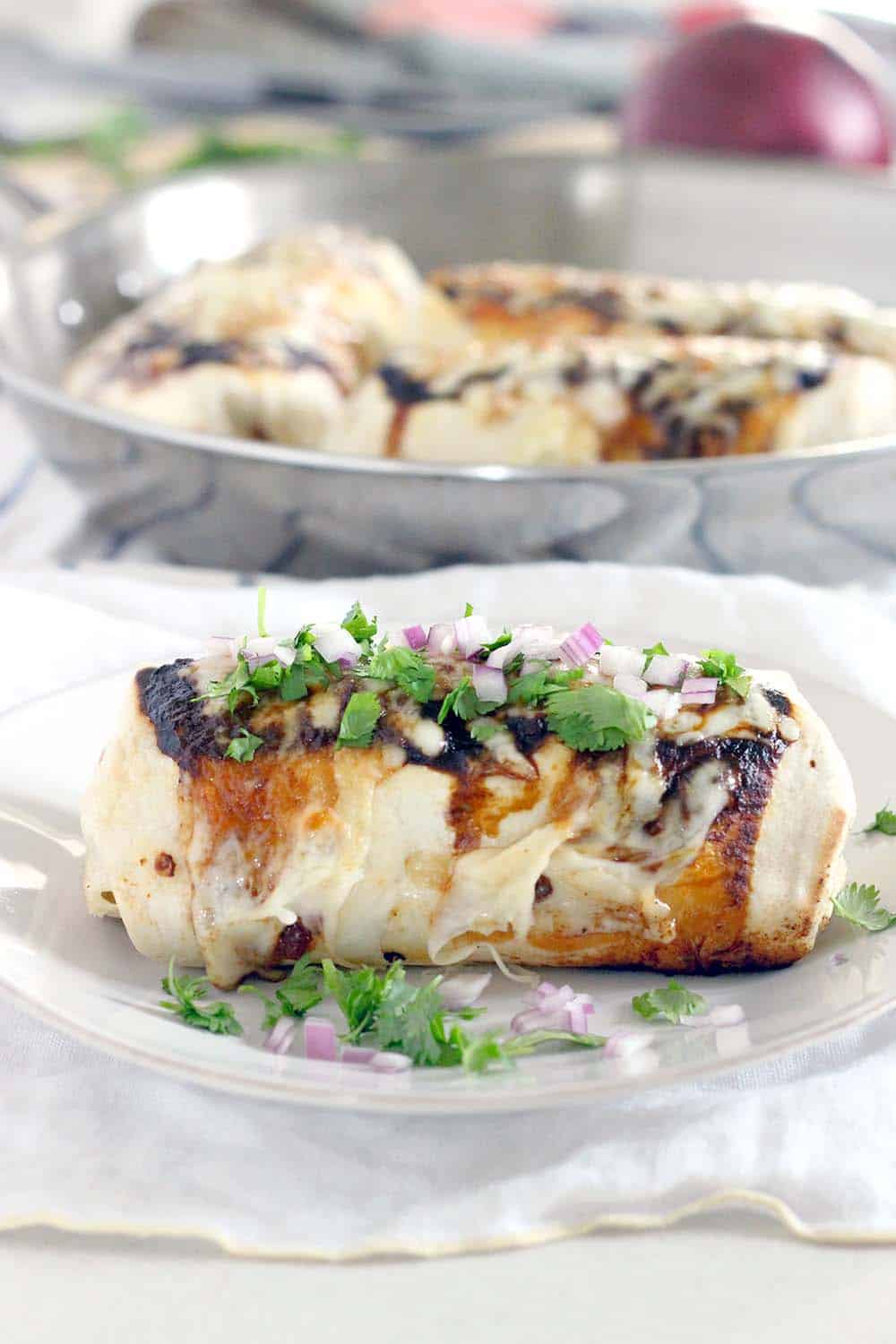 I was inspired to make these “wet burritos” after watching The Kitchen this past weekend, in which Sunny Anderson whipped up a batch of these delicious looking burritos. Does anyone else love this show as much as I do? I usually don’t like talk shows in any form, but this has become something I really look forward to watching on the weekends. So many delicious recipes and kitchen tips and tricks!

While Sunny used cooked rotisserie chicken and honey chipotle flavored beans, I instead marinated the chicken and cooked it from scratch, making a smoky chipotle sauce from the leftover marinade, and kept it bean-free. 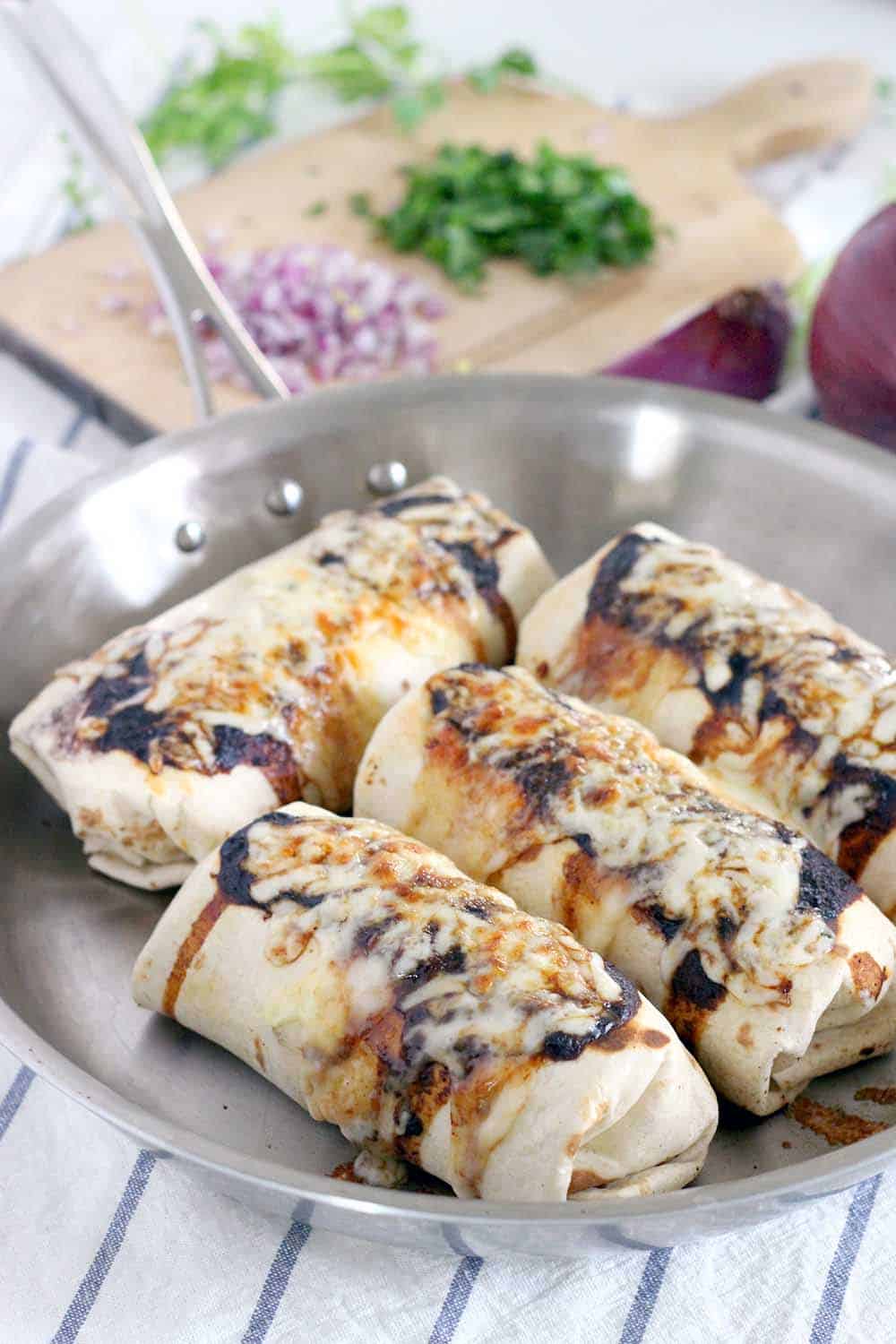 Goodness. These are good. I don’t know if I can resist making them again next week already!

So. I cooked the chicken from scratch and made these in one evening for dinner. But there are some shortcuts you can take to make these easier for a weeknight meal: 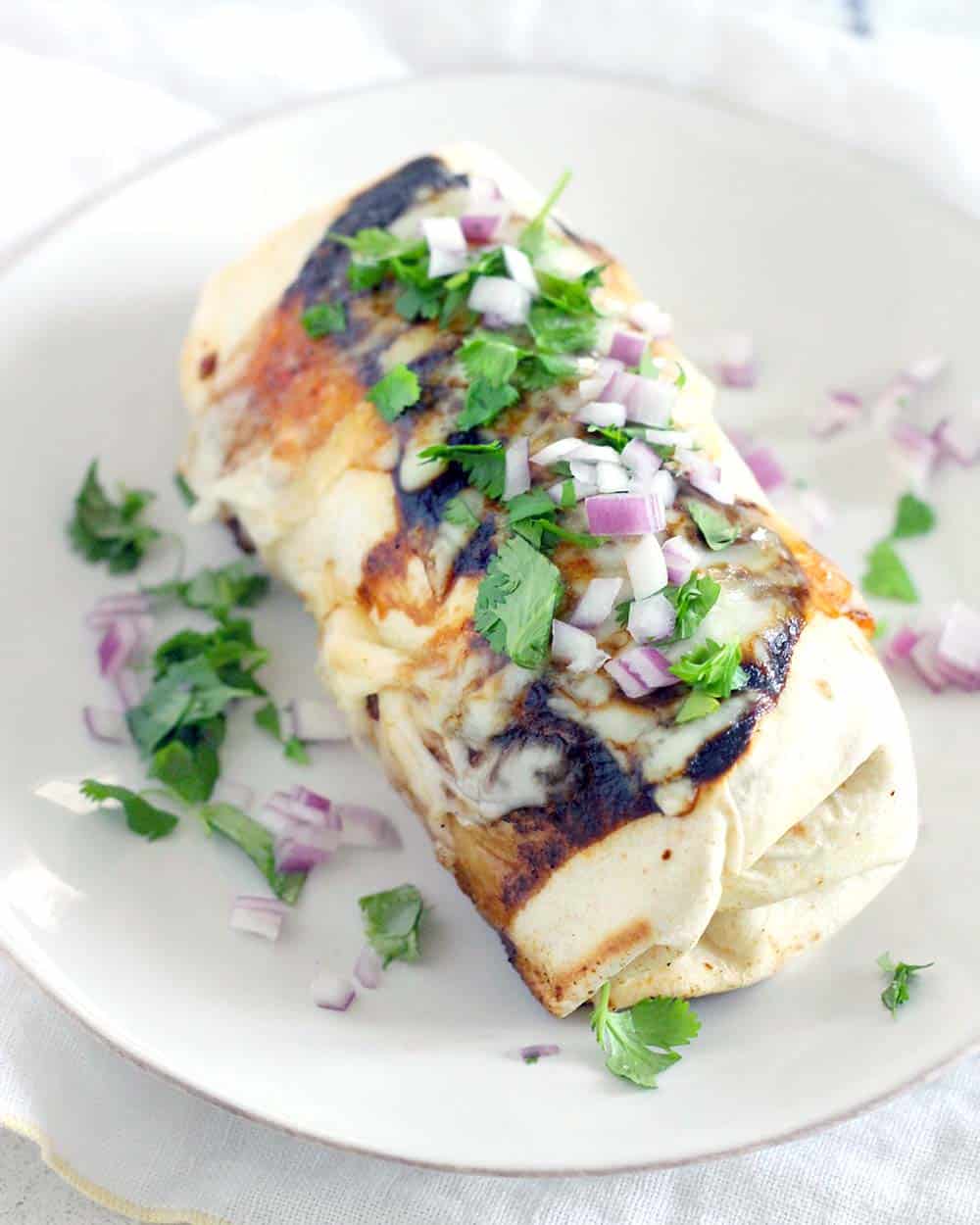 To make these extra healthy and nutritious, use whole wheat or sprouted grain tortillas and brown rice. I used my recipe for cilantro lime brown rice, which gives the burritos an extra bright and tangy flavor that compliments the smokiness of the chipotle peppers very nicely. You can certainly use plain rice- just make sure to season it with salt. 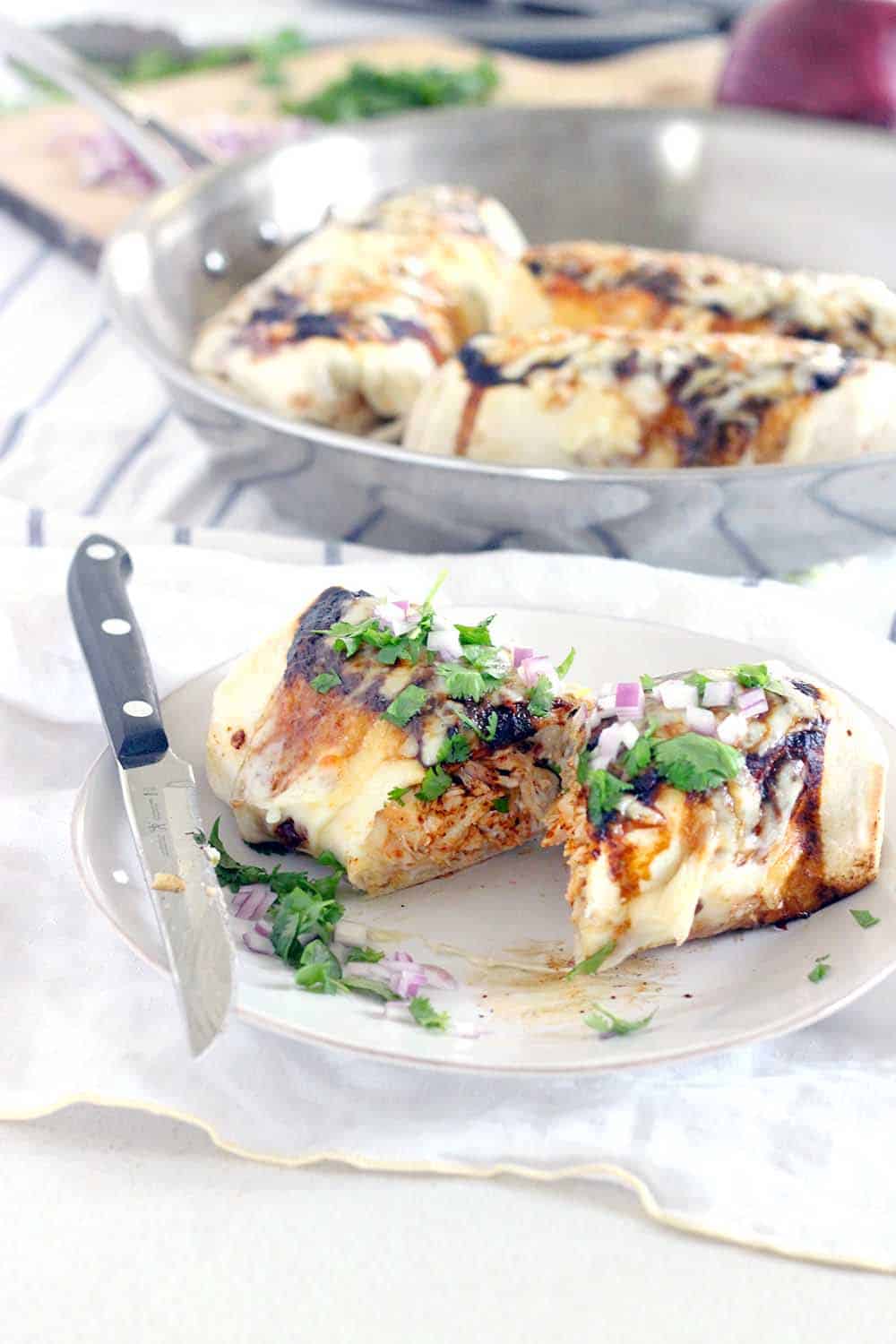 You can use any baking dish to cook these. My favorite ceramic baking dish developed a crack, and out of fear for it exploding in my hands as I take it out of the oven, I’ve decided to retire it. So, an oven proof skillet worked just fine for these! You can even sear them before putting them in the oven if you want (but it’s not necessary). 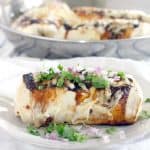 As an Amazon Associate I earn from qualifying purchases. DISCLAIMERS
289shares
289shares