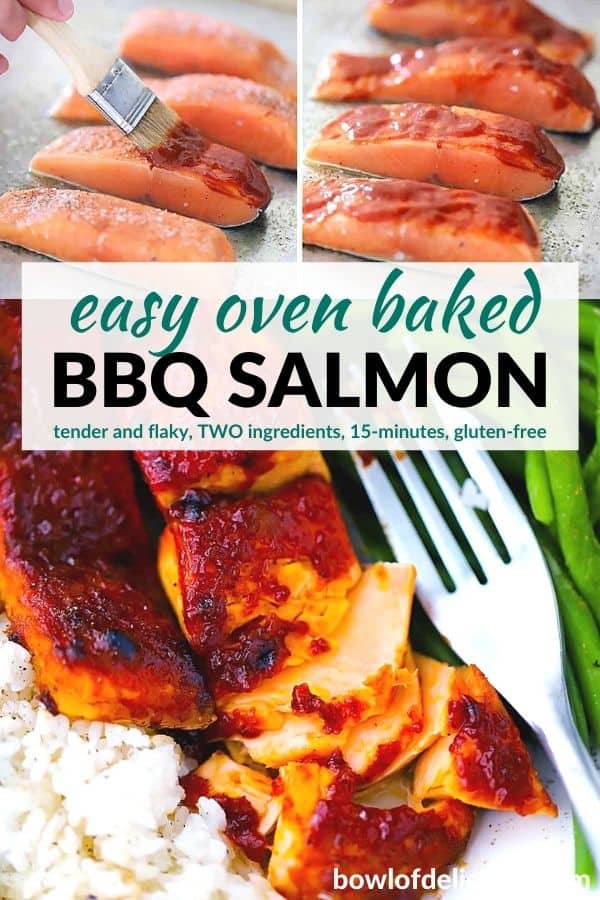 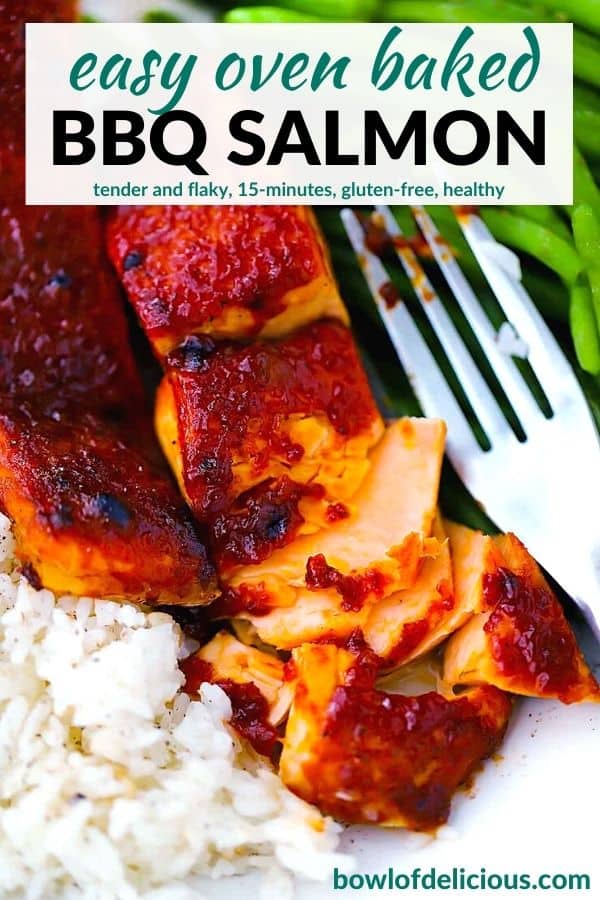 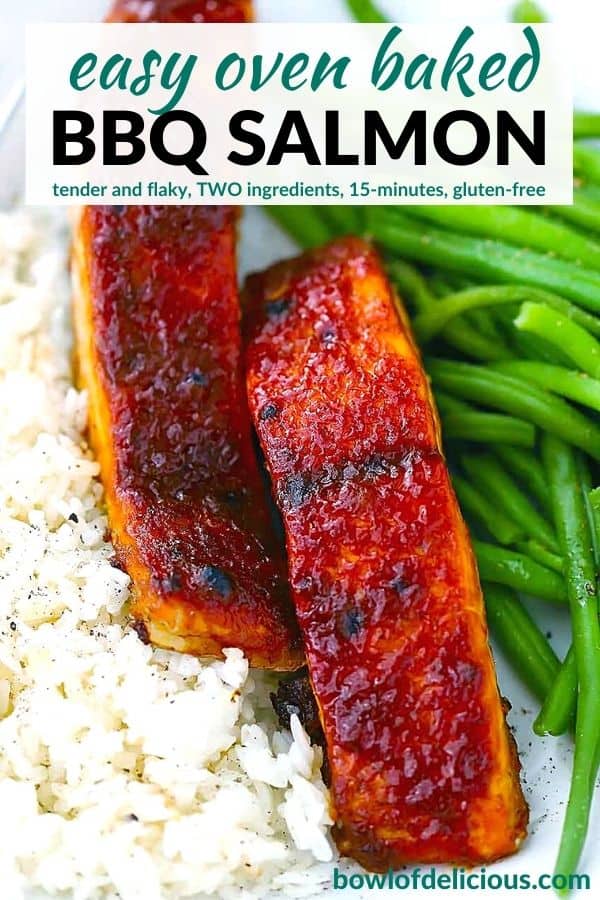 This Oven BBQ Salmon is baked in the oven to flaky, tender perfection with a thick, caramelized BBQ glaze on top with only TWO ingredients – salmon and barbecue sauce (plus a little oil, salt, and pepper). You’re going to love this easy 15 minute recipe, and since you use the broiler it’s even faster than regular baking!

You all LOVE my Oven BBQ Chicken recipe– it’s been one of my top posts for years and has over 200 five-star reviews. The trick lies in the basting technique, which I adapted for this oven-broiled BBQ salmon recipe.

But the thing I love about this BBQ salmon as opposed to chicken? It’s healthier, it’s less messy (since chicken grease gets everywhere), and it takes MUCH less time.

You only need about 10 minutes of cooking time and 5 minutes of prep for this BBQ salmon recipe. You’ll need to take it out of the oven to baste with BBQ sauce a couple of times, which results in a thick, sticky sweet, deliciously caramelized layer on top of the salmon.

And just like the BBQ chicken recipe, you only need TWO INGREDIENTS to make this! Just some BBQ sauce and salmon, along with oil, salt, and pepper. And no need to fire up the grill. Let’s get to it!

How to get crispy salmon skin

Because this BBQ salmon is baked skin-side down the whole time in the oven, the skin won’t crisp up much.

If you like crispy salmon skin, I recommend searing it in a flaming hot oven-safe skillet (such as cast iron or stainless steel) for a minute or two. Then, brush the top of the salmon with BBQ sauce and place the skillet right under the broiler and proceed with the recipe as directed.

If you don’t have an oven-safe skillet, just transfer it to a baking sheet after searing.

Can I line the baking sheet with foil?

You can if you like, but I find it harder to remove stuck-on things from foil than the pan. With a pan, you can aggressively scrape it up, but foil has a tendency to tear. If you use foil, the salmon skin may stick, but you should be able to remove the fish itself and leave the skin behind if you don’t want to eat it.

But for what it’s worth, this recipe wasn’t too difficult to clean up from putting the salmon directly on the pan. Just let it soak for a little.

Just don’t use parchment paper, as it’s not broiler safe. 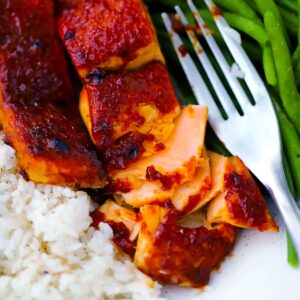