If there was ever a match made in heaven, it’s brussels sprouts and bacon. And this Brussels Sprout and Bacon Pizza is the PERFECT way to enjoy the combination. A white pie with a whole wheat crust and only FOUR INGREDIENTS?! Yes, please. 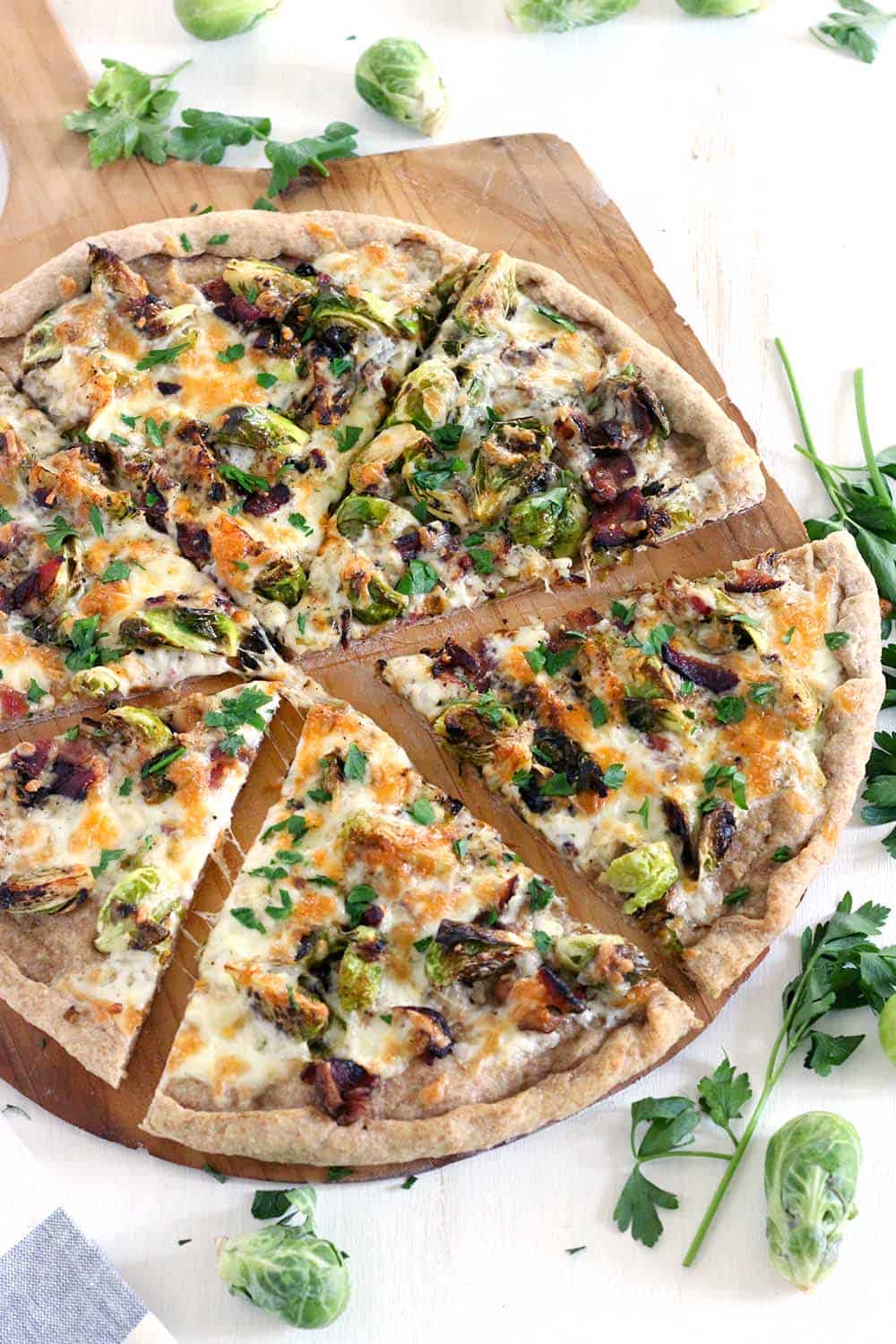 I’m going to be a total cliche American/pre-teen child right now: my favorite food is pizza. That’s it. It has to be. It’s cheap, simple, quick, and versatile. You can take literally ANY combination of food- even desserts– and make it into a pizza. And when you make it from scratch at home and use whole wheat pizza dough, it’s a fairly healthy thing to eat despite its reputation.

I like my pizzas simple. I wanted the flavors of brussels sprouts and bacon to be the stars of this meal, so it’s a white pie with simple mozzarella cheese. It only has four ingredients- pizza dough, cheese, brussels sprouts, and bacon- plus olive oil, salt, and pepper.

Here’s what makes this recipe so scrumptious. The bacon is cooked first and then crumbled. The brussels sprouts are cooked in the same skillet IN the bacon grease (you’re welcome) to make them extra smoky and infuse the flavor as much as possible. Then, the sprouts, bacon, and half the cheese are mixed together before adding to the pizza, ensuring an equal distribution of flavors. The rest of the cheese is sprinkled on top (rather than placed on the bottom) to ensure a bubbly, melty, browned topping. 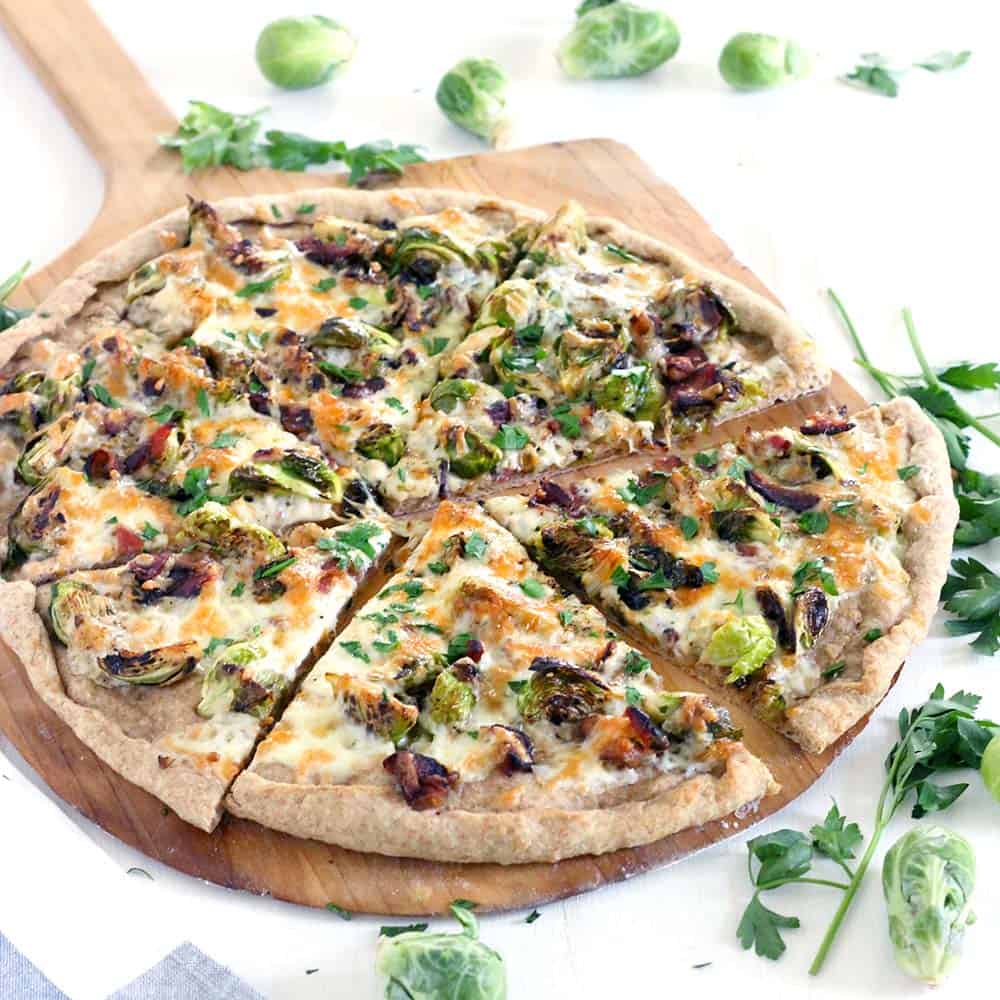 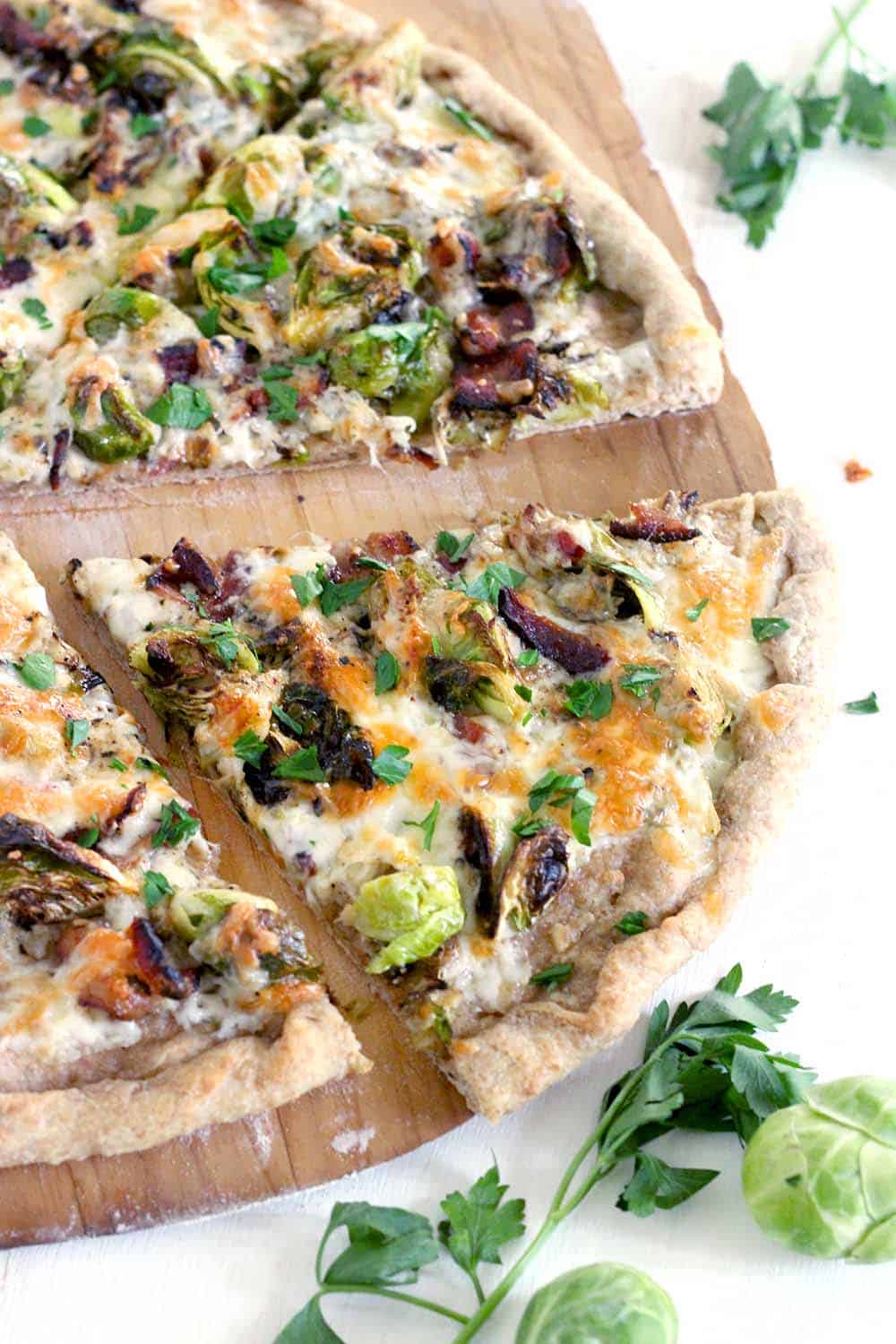 AND (this is important), I used a cast iron pizza pan to cook it. This is my new favorite way to make pizza at home. I’ve tried a pizza stone, I’ve tried a rimmed baking sheet… this is the way I’ve had the most success making a pizza with a crispy crust at home without it falling apart and making a mess. If you don’t have one, you can use a cast iron skillet (the pizza will be smaller with a thicker crust and denser toppings), or you can certainly use a baking stone or sheet.

If you love making pizza at home, I highly recommend buying one. It’s preheated in the oven, removed, and the pizza is assembled on top, giving the crust some extra time to cook before placing it back in the oven to finish. I like that it has handles, whereas most baking stones don’t, making it easy to move in and out of the oven.

If you like the idea of brussels sprout and bacon pizza, try this Hawaiian Pizza and this sausage breakfast pizza! 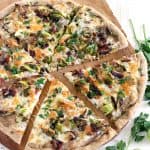 As an Amazon Associate I earn from qualifying purchases. DISCLAIMERS
323 shares
323 shares