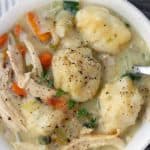 This Chicken and Dumplings recipe is SO EASY to make from scratch in only 30 minutes if you use rotisserie chicken and store-bought broth! It’s a fast, easy soul food to make on busy nights. The fresh thyme in the perfectly fluffy dumplings sets it over the edge! 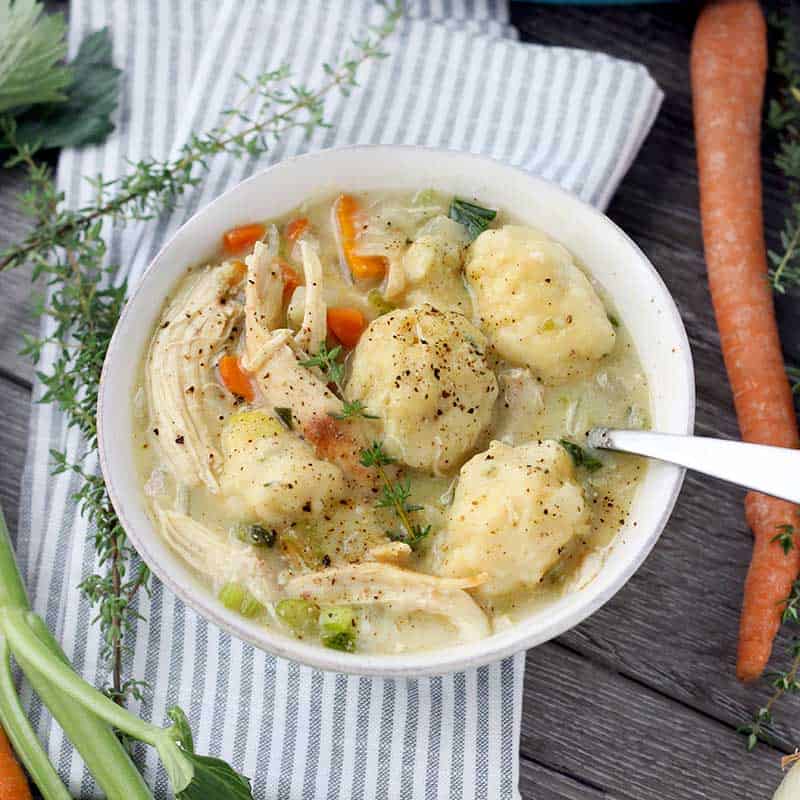 Between the fluffy dumplings with a biscuit-like texture, the juicy, tender shredded chicken, and the creamy, thick broth, this easy recipe will have you and your whole family literally RUNNING to the dinner table!

From-scratch taste in a fraction of the time 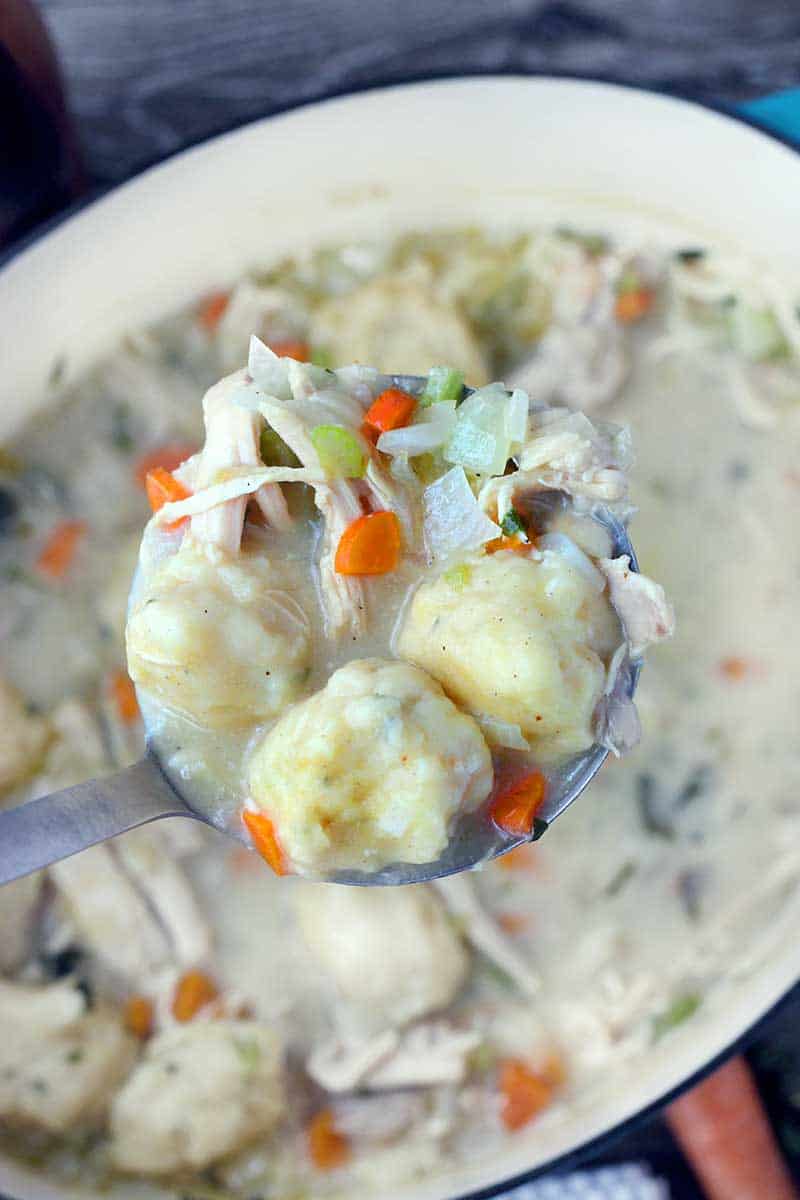 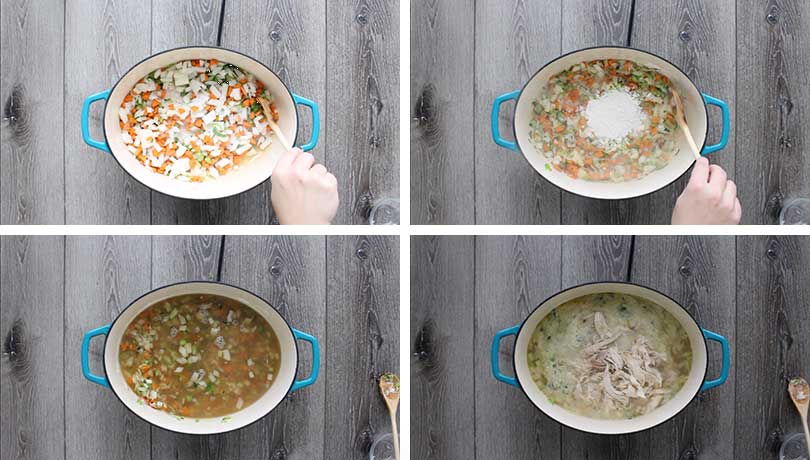 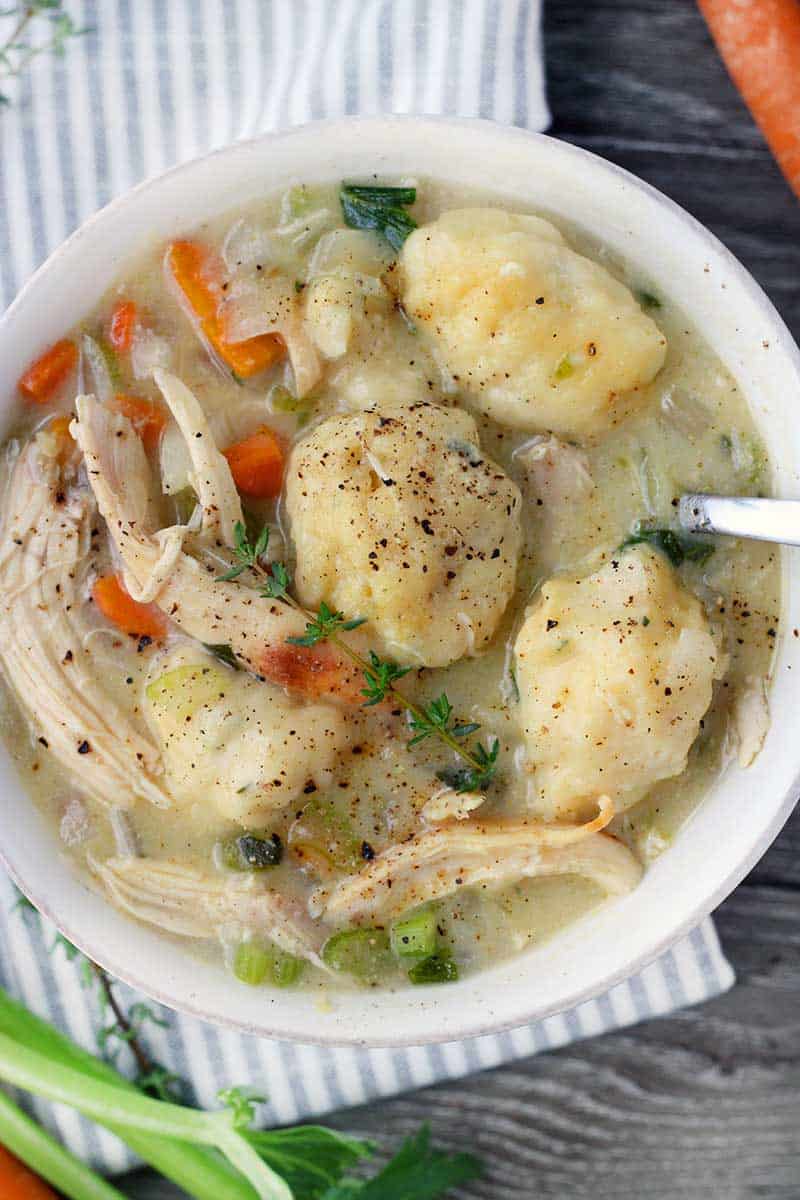 If you like this chicken and dumplings recipe, you’ll love these:

Did you make this chicken and dumplings? Be sure to comment and rate it below!

Click the stars to rate!
4.91 from 306 votes
This Chicken and Dumplings recipe is SO EASY to make from scratch if you use rotisserie chicken and store-bought broth! It's a fast, easy comforting soul food to make on busy nights. The fresh thyme in the dumplings sets it over the edge.
Print Pin Rate / Comment
Prep Time15 mins
Cook Time20 mins
Total Time30 mins
Course: Soup
Cuisine: American
Servings: 4 servings
Calories: 433kcal
Author: Elizabeth Lindemann

Did you make this recipe? I'd love to hear how it went! Comment and rate it below :-)
Previous Post: « Chai Spiced Pumpkin Bread
Next Post: Chicken Banh Mi Tacos »

As an Amazon Associate I earn from qualifying purchases. DISCLAIMERS
76.8Kshares
76810shares