These Maple Roasted Brussels Sprouts and Bacon are… just… I’m having trouble using words. I’m a food blogger. HOW AM I GOING TO DO THIS? I need to try and put this euphoria into sentences that make sense. Here goes. 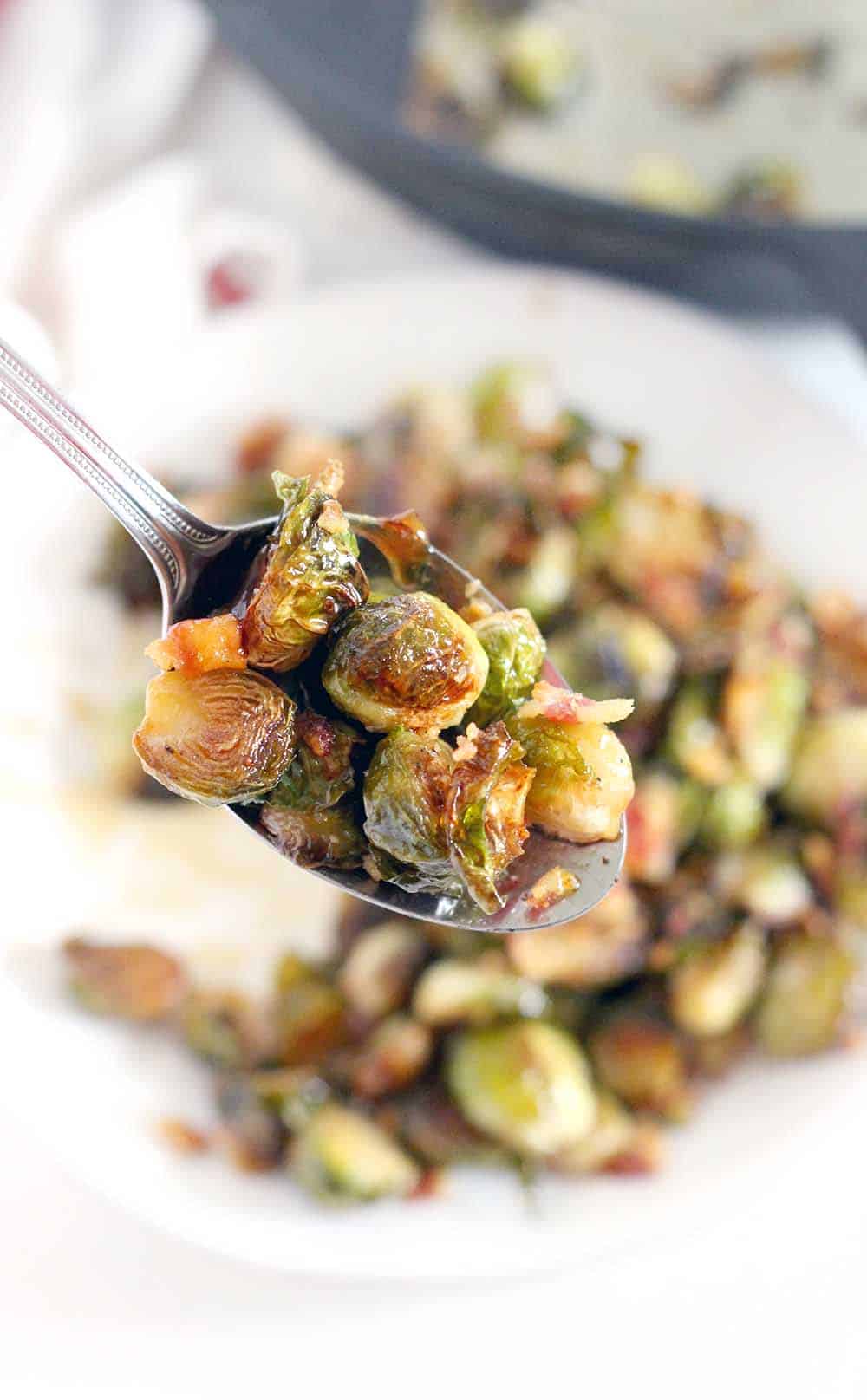 First, they’re smoky and salty from the bacon. Second, they’re crispy from roasting in a hot skillet in a hot oven. And third, they’re coated in sticky, sweet, pure maple syrup (but not too much) to give it a slight sweetness that balances out the natural bitterness of the sprouts.

Soooooo yummmmyyyyyy and gooooooooood. (best sentence yet- I’m on a roll!) Turns out, brussels sprouts and bacon on pizza is stellar, too!

This is definitely my favorite way I’ve ever made (or eaten) Brussels sprouts, and they are absolutely perfect for Thanksgiving. 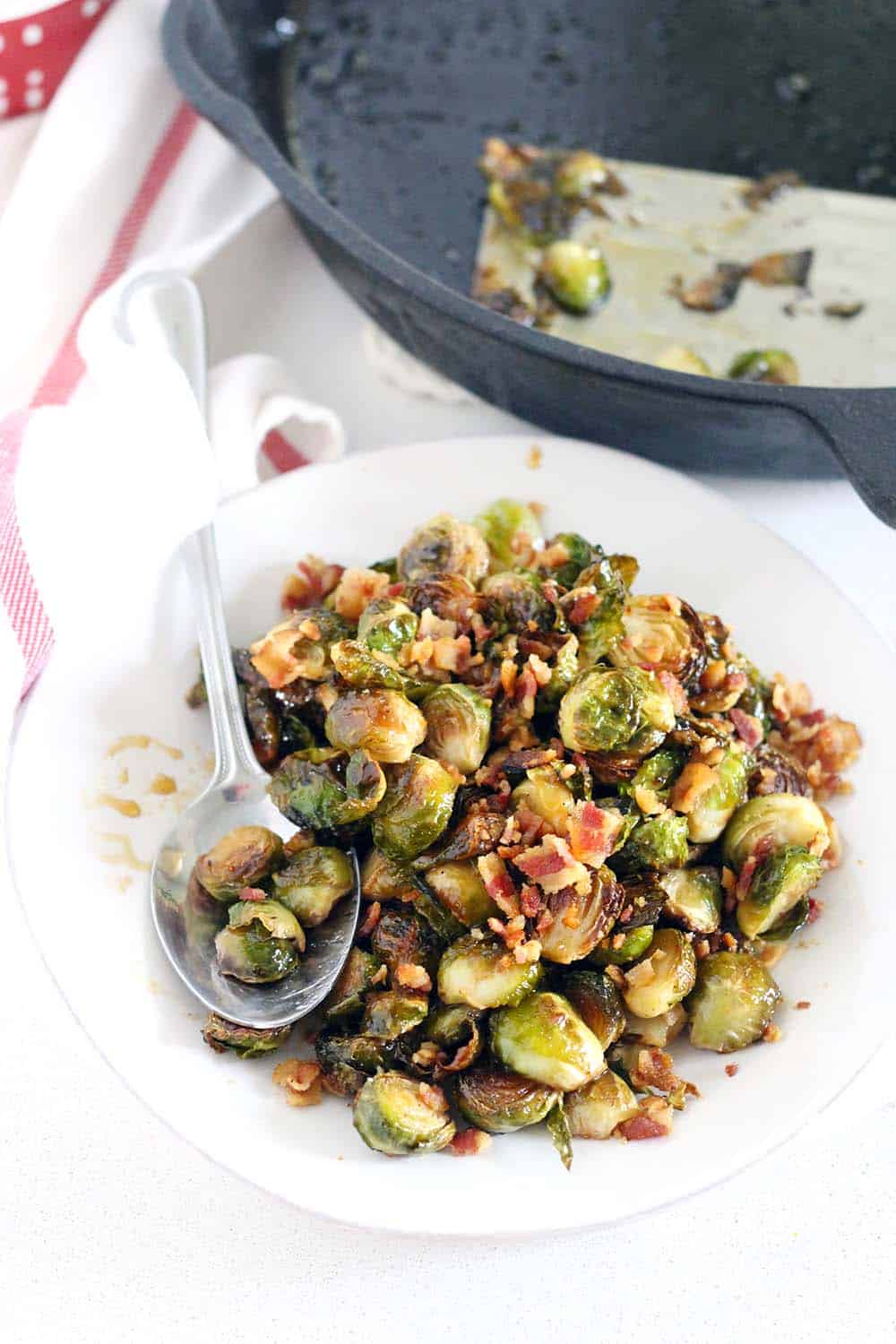 However, if you make them for Thanksgiving, I would definitely double the recipe, and you might want to transfer the sprouts to a rimmed baking sheet so they can spread out a bit more before roasting.

There are a couple of tricks to this recipe: 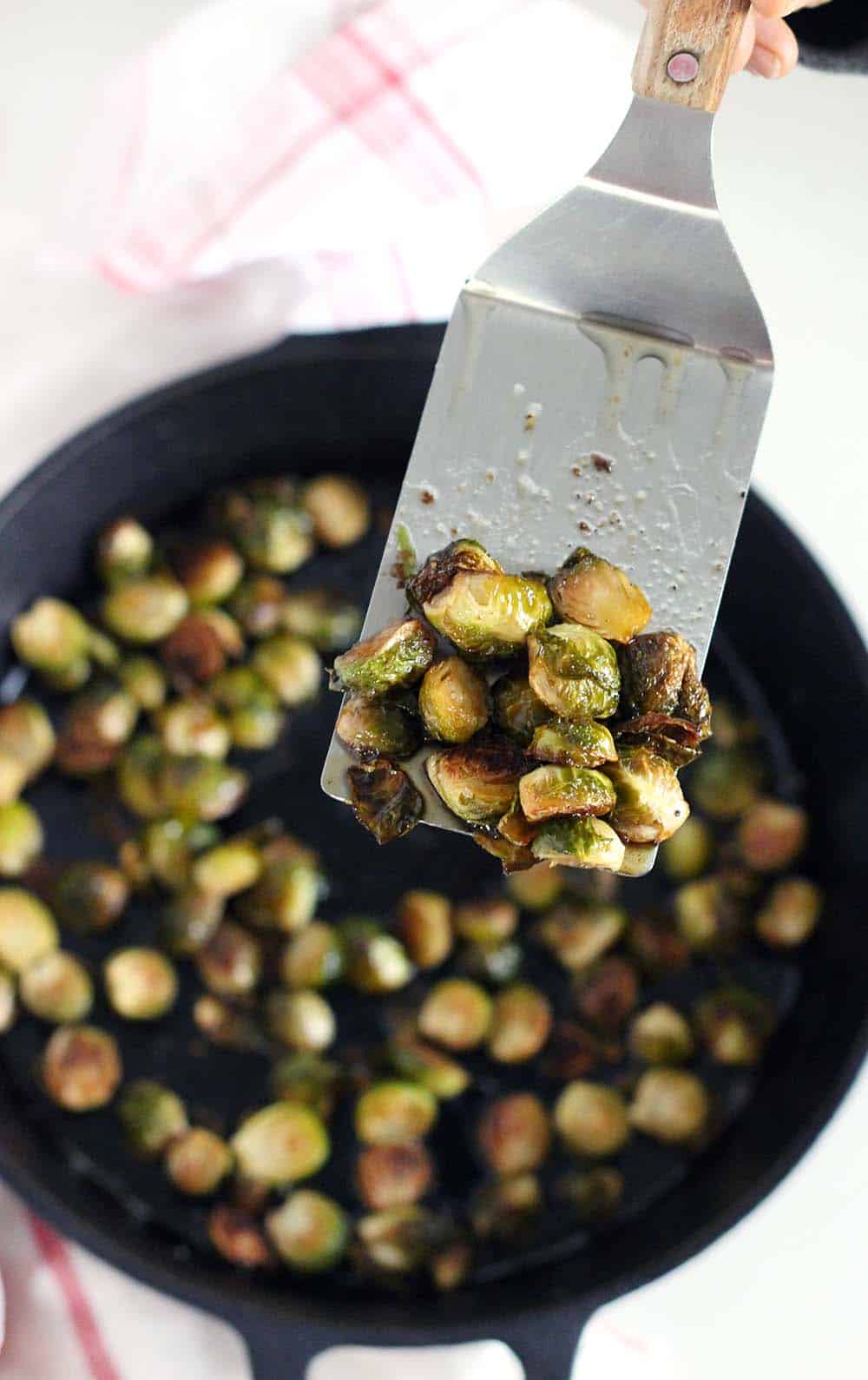 Finally, I recommend using a large cast iron skillet for this. Because it’s used on both the stovetop and in the oven, you can fry the bacon and use the bacon grease, toss the sprouts in, and throw it directly in the oven. And because cast iron retains its heat so well and is naturally non-stick, the Brussels sprouts will get browned, crispy, and roasted to perfection.

Recipe for Maple Roasted Brussels Sprouts and Bacon below! 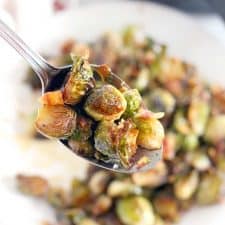 As an Amazon Associate I earn from qualifying purchases. DISCLAIMERS
199 shares
199 shares