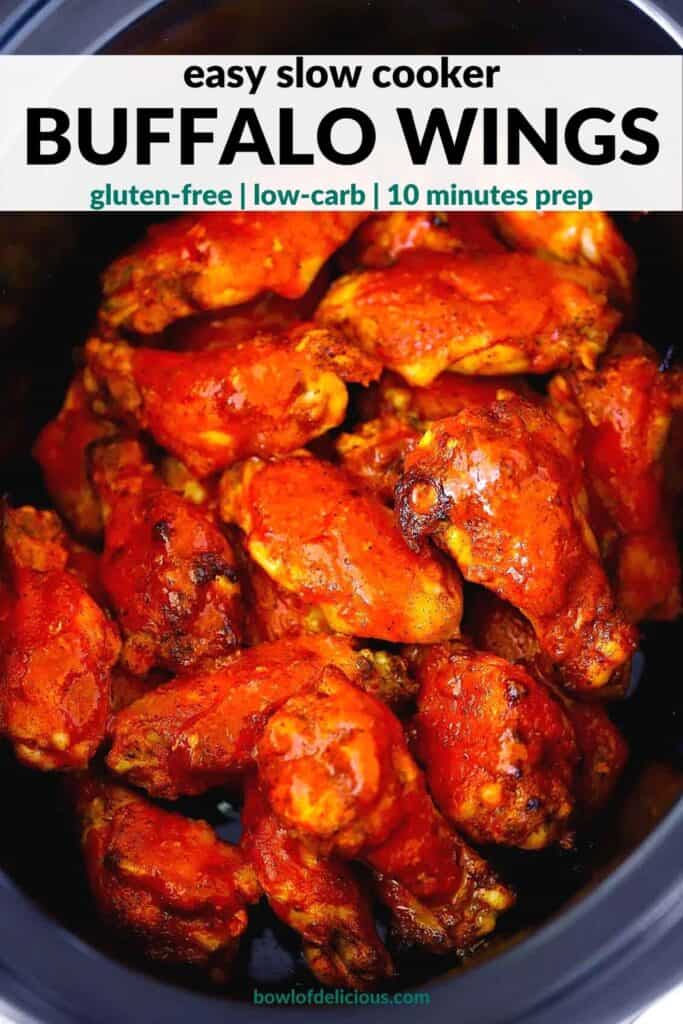 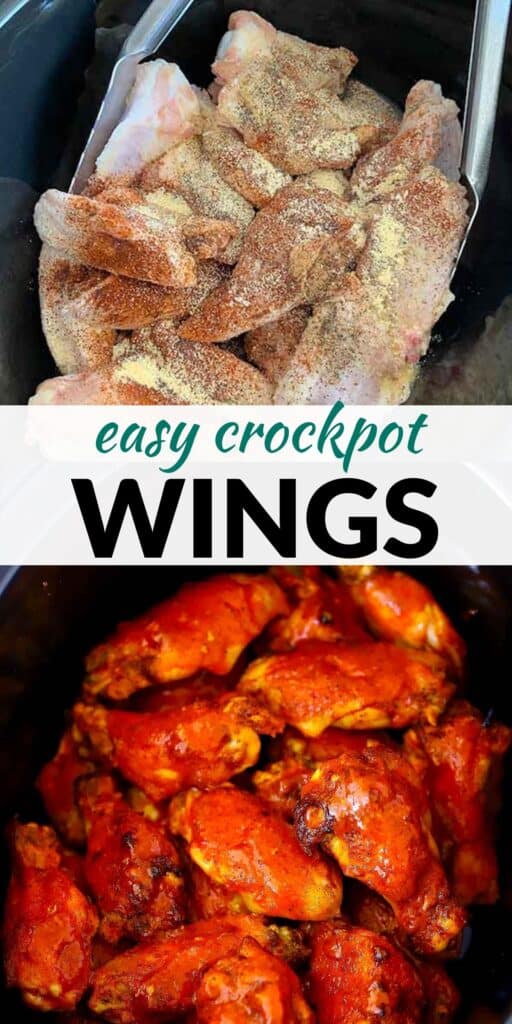 Once you’ve made Buffalo Wings in your Slow Cooker, you’re going to have a hard time making them any other way! Crockpot chicken wings come out perfectly tender and practically fall off the bone. After they’re done cooking, toss with buffalo sauce and broil to crispy skin perfection! You can use teriyaki sauce, bbq sauce, or other sauces using this method as well for this healthier recipe.

I’m a sucker for good wings. But they often come at a cost. Most restaurant versions are battered and deep fried, then smothered in a really buttery buffalo sauce. Delicious, but not the healthiest! Plus, it’s often hard to get all the meat off of the bones depending on how they are cooked, leaving those precious morsels to go to waste.

These crockpot wings are the perfect healthier solution. Here’s why:

You’re going to love these Slow Cooker Buffalo Wings. And if you’re not a fan of buffalo sauce – don’t worry! You can use any sauce you want. Teriyaki, BBQ sauce, sweet and sour sauce… or any other sauce that would be good with wings. And since they’re seasoned with spices while they cook in the crockpot, they’re also delicious plain!

This recipe uses a homemade buffalo sauce made from the butter, hot sauce, and ketchup. You can use a store-bought wing sauce if you like, or another kind of sauce like teriyaki or bbq sauce.

How to make chicken wings in your slow cooker

Can I cook frozen wings in my crockpot?

Yes! Just follow the same directions and cook on high instead of low for 3 hours.

You’ll want to make sure the frozen wings are separated out from each other (so if they are all stuck together from being in a tray and frozen, it won’t work, but a bag of frozen wings will).

Be sure to double check that the internal temperature is 165 degrees F if you are nervous about them cooking all the way through. 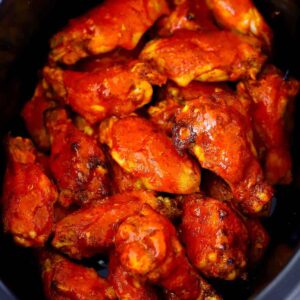