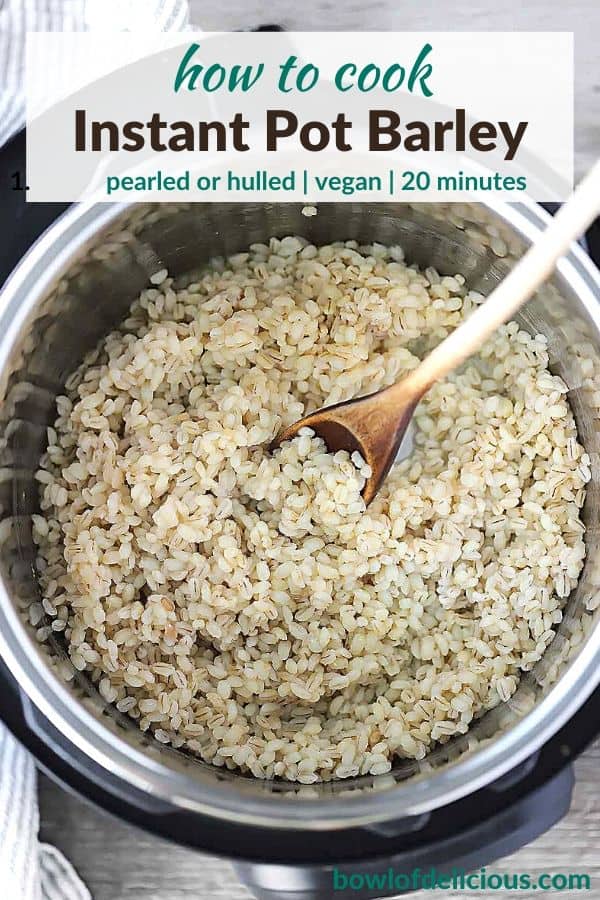 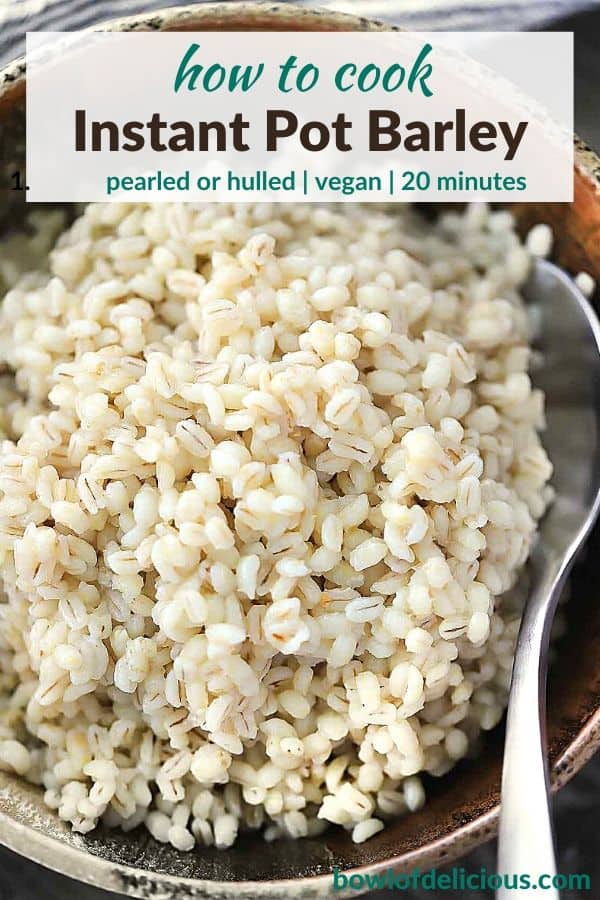 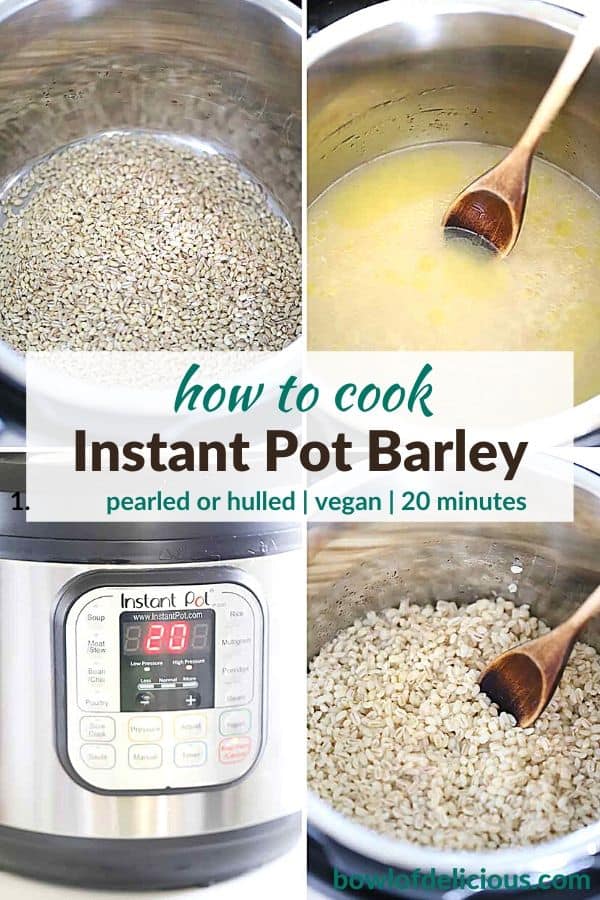 Cooking barley (pearl or hulled) in an instant pot or pressure cooker is the fastest, easiest way to cook this heart-healthy grain to fluffy perfection in only 20 minutes! Use cooked barley as you would rice or oatmeal- in salads, for breakfast, and all kinds of recipes.

Barley is a nutty, earthy grain with a wonderful flavor and chewy texture that’s really inexpensive. It’s packed full of soluble fiber and nutrients, making it a heart healthy grain. It’s kind of an in-between of oats and rice – more versatile and less slimy/mushy than oats, and more hearty and nutritious than rice.

I love using barley to make all kinds of things, but one drawback is that it takes a long time to cook. Enter: the Instant Pot!

Barley can take up to an hour to cook on the stovetop. But if you use a pressure cooker, it will only take 20-25 minutes of completely hands-off time (plus the time it takes to come to pressure). No stirring, just the instant pot working its magic while you live your life.

You can make a batch of barley and store it in your fridge for a few days, using it throughout the week in recipes that are very quick if you already have the barley cooked.

Here’s how to cook barley in an instant pot, including both pearled AND hulled barley, as well as the differences between the two and recipe ideas.

What is the difference between pearled and hulled barley?

Pearled, or pearl, barley is barley that has been processed more by removing the outer hull. In this way, it’s similar to white rice or white flour.

Hulled barley is barley that still has its outer layer, and is the “whole grain” version of barley, like brown rice or whole wheat flour.

But here’s my favorite part- pearl barley, even though not considered a whole grain, is MUCH more nutritious than other processed grains. It still packs a lot of nutrients and fiber. Hulled barley is more nutritious and has more fiber, but both are beneficial.

I used pearl barley to make this recipe, and that is what’s pictured in the photographs. But it’s so easy to adapt this method to cook hulled barley as well.

How to cook barley in an Instant Pot

You only need barley (pearled or hulled) and water to cook barley in a pressure cooker. I also recommend adding a little salt and oil for the best flavor and fluffy texture. Here’s how to do it.

I used a 6 qt. Instant Pot to make this, but you can use any other pressure cooker you want. This recipe only makes about 3 cups of cooked barley, so you can use a mini Instant pot if you want.

How to store cooked barley

Store cooked barley in your refrigerator in an airtight container for up to 5 days.

Store cooked barley in your freezer in an airtight bag with as much air squeezed out as possible for up to 3 months. Defrost before using, or add directly to soups and stews.

Recipes to use cooked barley 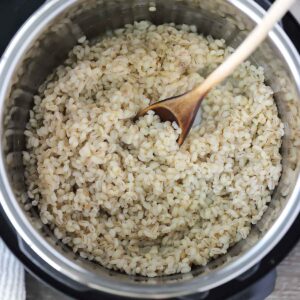