I adore this cucumber salad. Sweet, tangy, cool (as a cucumber!), and bursting with umami from the toasted sesame oil, this Sesame Cucumber Spiralized Salad is absolutely perfect for hot summer weather and the perfect compliment to any Asian entree.

And it only takes FIVE minutes to throw together!! 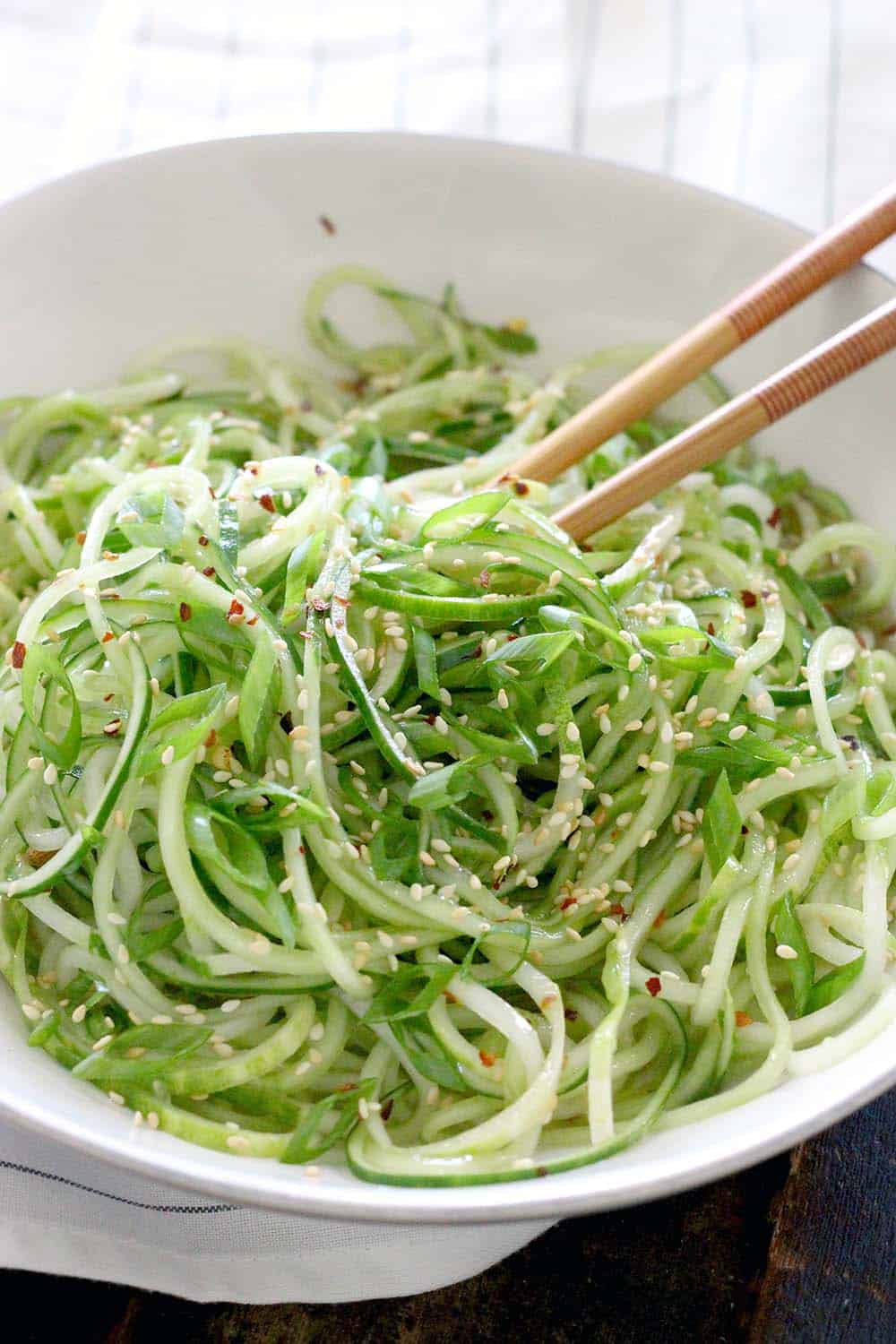 It’s perfect as a side, for instance, to grocery store sushi. Zach and I have discovered that our HEB actually makes some of the best sushi around our neck of the woods! We’ve gotten in the habit of- at least weekly- picking up a couple of spicy California rolls and making this as a side- absolutely delicious, easy, and super refreshing. Usually, we get a seaweed salad when we go out for sushi.

The dressing on this cucumber salad tastes almost identical to most seaweed salads I’ve had, so if you like seaweed salad, you are definitely going to like this.

There are two things that make this salad extra special.

The first is that I am proud to say that I GREW the cucumbers used to make this MYSELF! It’s the first edible thing, besides herbs, that I’ve ever grown. It really made it taste that much better. 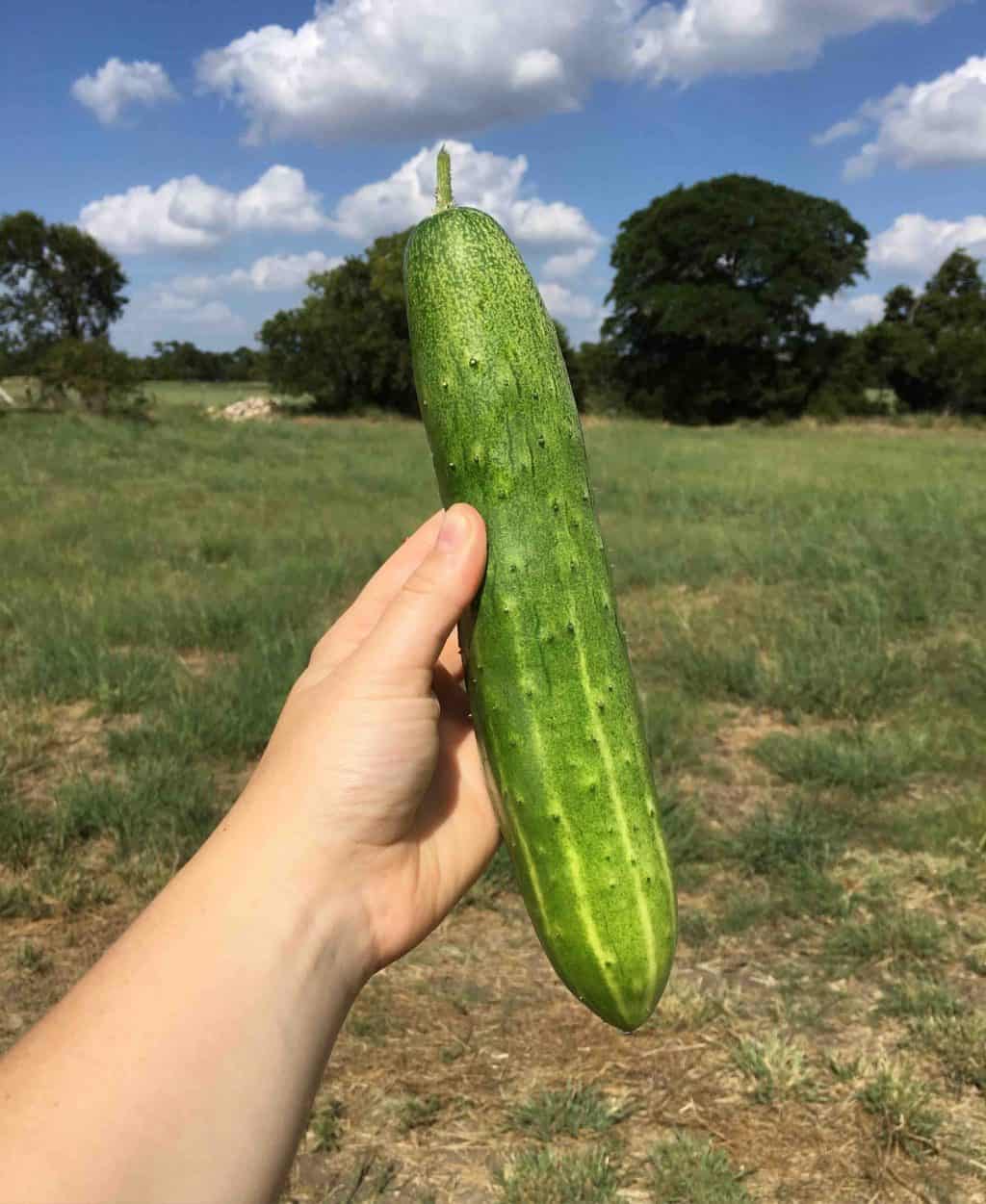 The second is that it’s spiralized. A spiralizer is a relatively new addition to my kitchen and I have to say: I love it. It makes veggies fun to eat (eating this salad with chopsticks was awesome), and often gives the impression that you are eating noodles (but a healthier, low carb version).

If you don’t have one, no worries. You can also make this salad by thinly slicing the cucumber (using a sharp knife or even a mandoline).

To make this (ridiculously easy) salad, just mix together some toasted sesame oil, rice vinegar, honey, salt, and red pepper flakes in a bowl. Toss with cucumbers (spiralized or sliced) and you’re done!

If you’re feeling fancy, garnish with toasted sesame seeds (just put some sesame seeds in a skillet and toast over medium high heat until they are just beginning to brown) and sliced green onions. 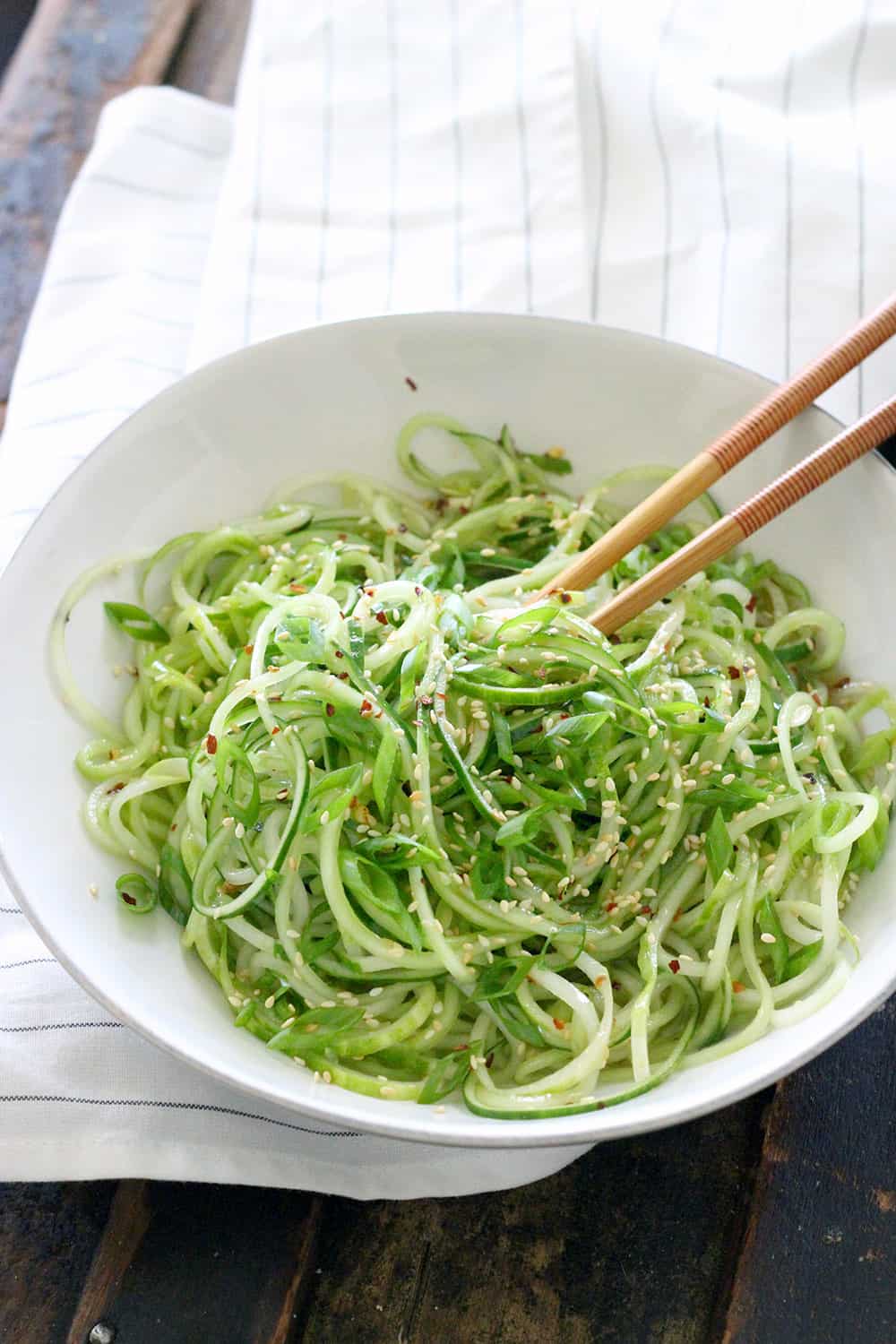 I don’t recommend making this salad in advance. The salt in the dressing will draw the water out of the cucumbers, so it will become watery almost instantly after adding the dressing.

One last thing: if you are in the market for a spiralizer, I recommend this one. It’s super sturdy, and adheres to your countertop with strong suction cups so it doesn’t budge, even with harder veggies like carrots.

The blades are super sharp, so they work extremely well and it takes very little effort to push on the vegetable to get it to turn into noodles. It has three different kinds of blades for thick, thin, and flat/wide “noodles.” You can even use the thick noodle setting on potatoes to make curly fries!! It’s the best. Try using a zucchini with it to make this teriyaki salmon and zucchini noodle bowl.

Looking for an awesome protein to pair with this salad? Try these Seared Ahi Tuna Steaks. They only take six minutes to make!

Recipe for Spiralized Sesame Cucumber Salad below! Enjoy, and stay cool out there, folks. 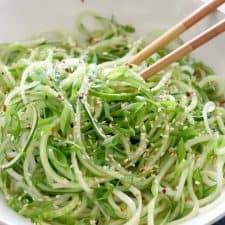 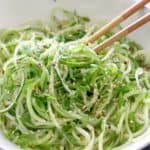 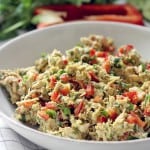 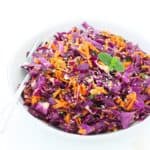 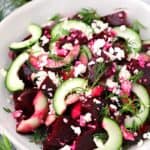 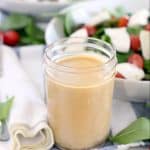 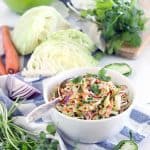 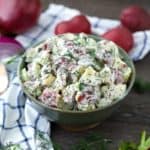 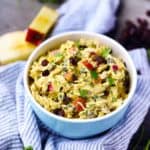 As an Amazon Associate I earn from qualifying purchases. DISCLAIMERS
173.7K shares
173745 shares