These Whole Wheat Apple Cider Donut Muffins will be your new favorite fall treat to bake! Made with 100% whole grains and partially sweetened with reduced apple cider, then brushed with melted butter and rolled in cinnamon and sugar. Your house will smell AMAZING when you make these! 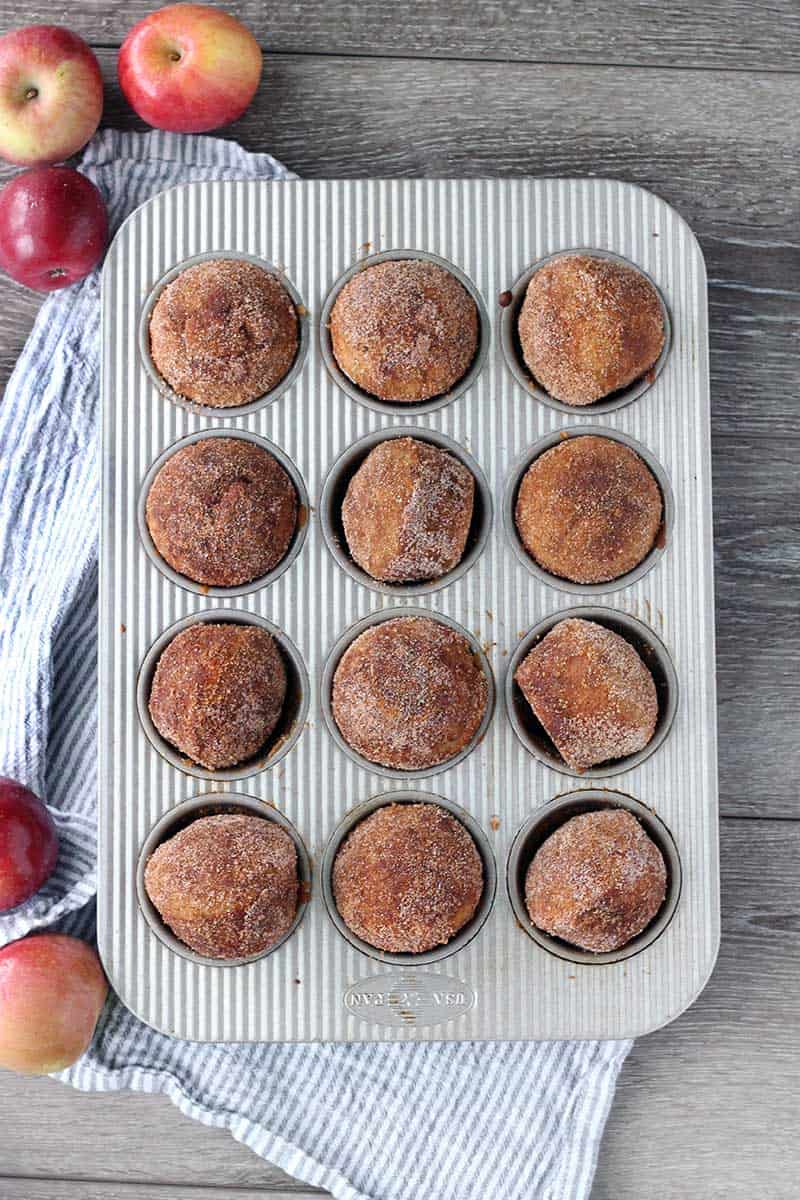 With a cake-like, fluffy, melt-in-your-mouth texture, rolled directly in cinnamon sugar right after they come out of the fryer, they are simply one of the best things you could ever eat.

But since I now live in Texas, I had to learn how to make something similar at home.

I adapted Yankee Magazine’s recipe to make a whole wheat (yet still amazingly fluffy!) apple cider donut muffin. These muffins have the same cake-like texture as the donuts, and are brushed with melted butter after they come out of the oven and rolled in cinnamon sugar. 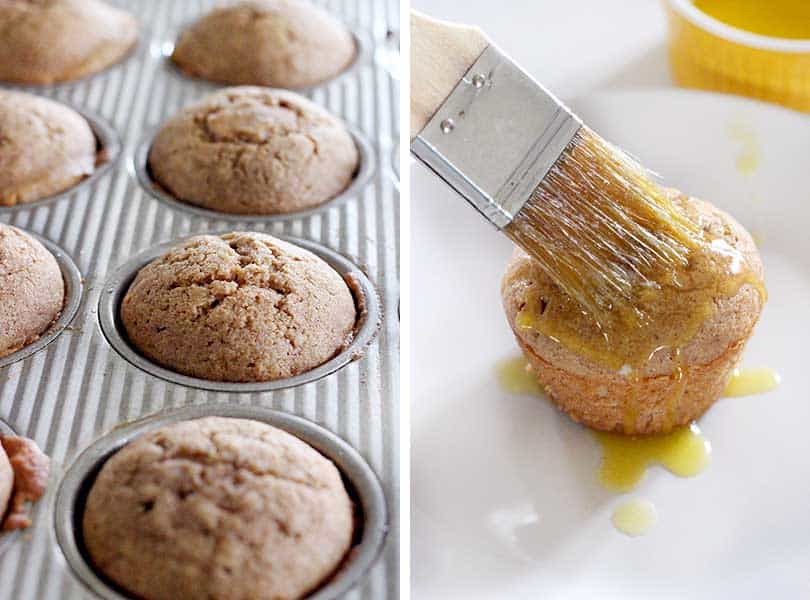 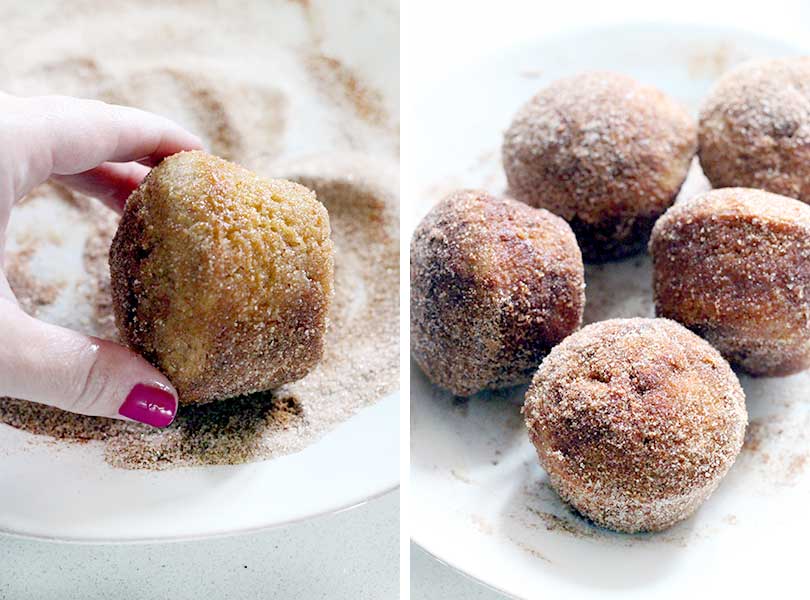 How can you resist? Answer: you can’t.

The secret to making these super flavorful and fluffy: reducing the apple cider with spices on the stovetop to create a concentrated, flavor-packed liquid to add to the batter.

The whole wheat flour is added gradually, alternating with the addition of the reduced cider, in order to combine with wet and dry ingredients as minimally as possible until just combined. (The secret to making non-dense whole wheat baked goods is to handle the batter as little as possible- the less stirring you do, the less dense the final product will be. If you do this correctly, you can barely tell the difference between whole wheat and white flour, making it easier to enjoy these treats with a little less guilt.) 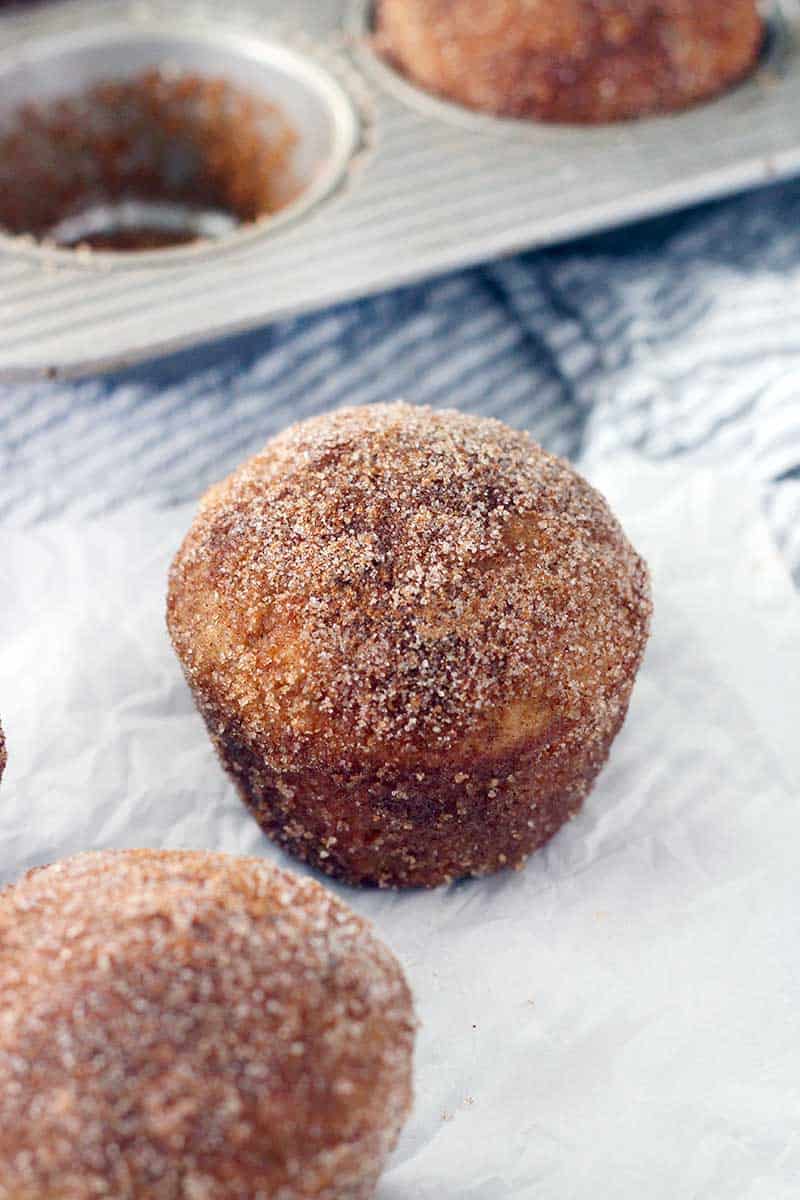 I made these in a regular sized muffin pan. But if you want to get a more donut “hole” kind of thing going on, I’d recommend using a mini muffin pan.

Basically, you’re going to boil the apple cider (along with some spices- cinnamon, ground cloves, and nutmeg) until enough steam has evaporated that you’re left with about half of what you started with. 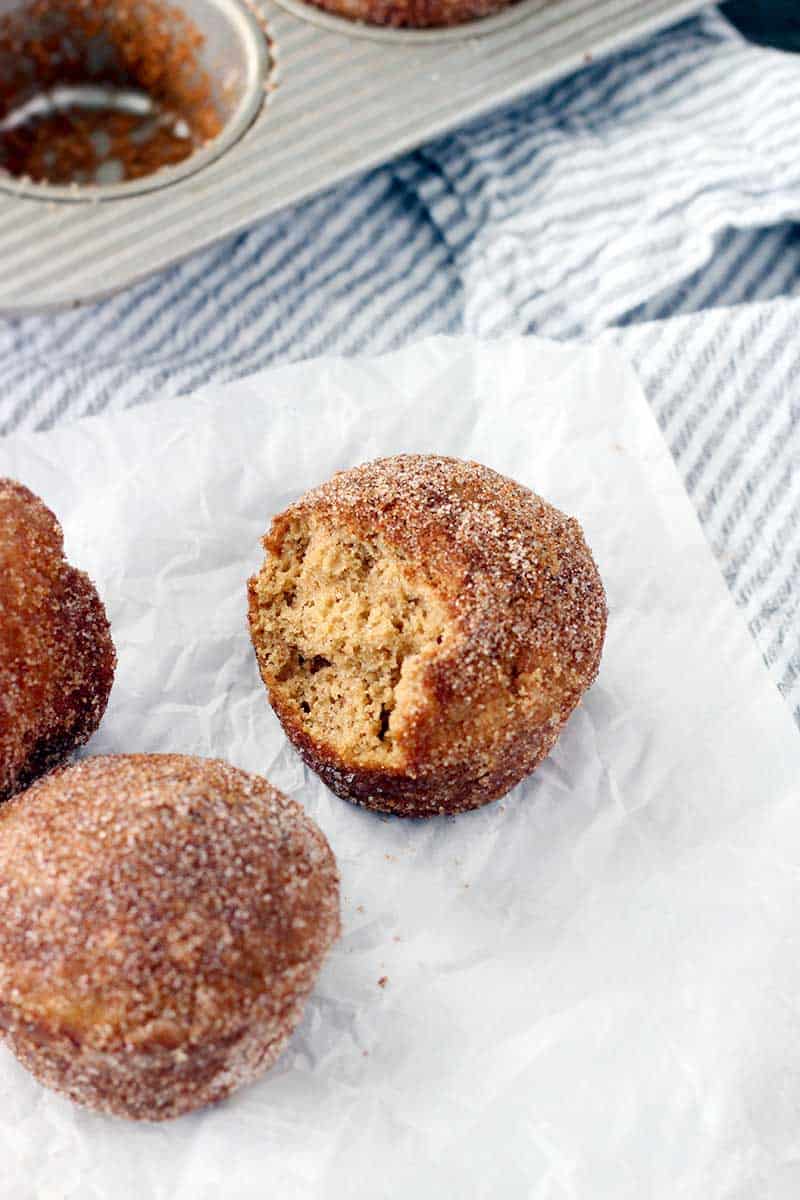 As the liquid reduces, the only thing evaporating is the water. Which means you are left with more concentrated flavor in the remaining liquid.

Adding that reduced apple cider helps enhance the sweetness of the muffins naturally. There is definitely regular sugar in these muffins, but considering how sweet and decadent they taste, there’s not too much.

These Whole Wheat Apple Cider Donut Muffins are best served warm. After taking out of the oven, allow to cool in the muffin tin for a few minutes, then brush with butter and roll in cinnamon and sugar. Eat immediately, or if eating later, just pop in the microwave for 15-20 seconds.

This is the perfect fall treat to have with your morning coffee, and it will make your house smell amazing while you are cooking them. 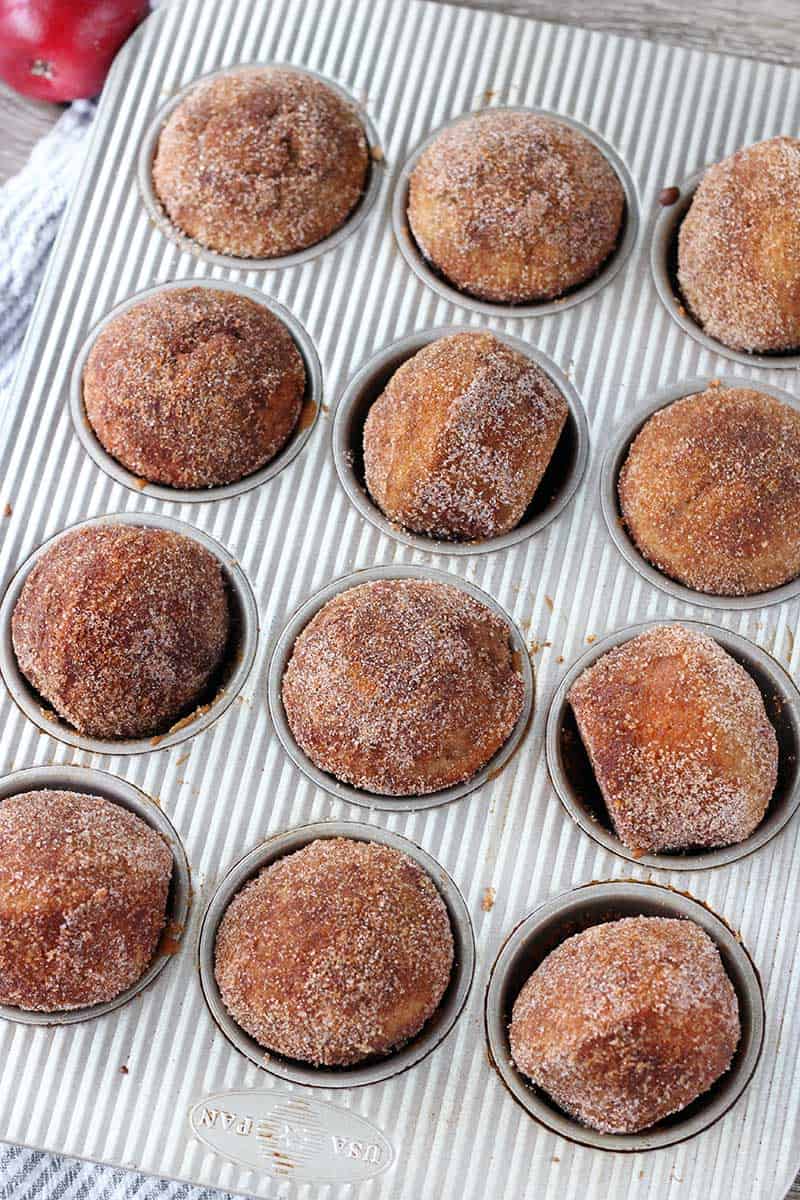 If you like these, you’ll love this Bacon Wrapped Pork Loin with Apple Cider Gravy, these Whole Grain Banana Blueberry Oat Muffins, these Healthy Pumpkin Pancakes, and this Chai Spiced Pumpkin Bread. And you have to try this easy apple crisp recipe to complete your fall baking! 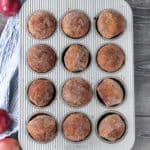 As an Amazon Associate I earn from qualifying purchases. DISCLAIMERS
211shares
211shares